Questions of Intrinsic Worth.


What does it mean to say that something has intrinsic worth? Intrinsic means “from itself”. The Merriam Webster describes it as; “belonging to the essential nature or constitution of a thing” They then go on to give two examples; “the intrinsic worth of a gem” and “the intrinsic brightness of a star”. 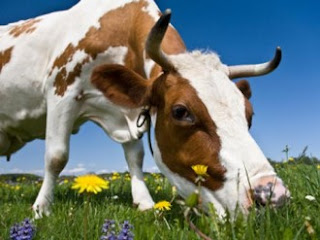 These examples show us how fraught with difficulty it is to say exactly what intrinsic means. A ruby for example has a great worth given to it by human economies. A magpie would cherish a sapphire for its glamour. However a cow would nudge a diamond to one side for a lovely tusk of grass. What gives a gem its worth is not its essential nature or constitution but the value people (and some birds) give it. This is the very definition of an extrinsic not intrinsic value. It comes from “outside” the nature of something.

A star’s brightness is perhaps a stronger example of an intrinsic quality. If we compare a star to a moon whose light is reflected then we would say that it is the star itself causing the brightness. I would consider that a conditionally legitimate use of the word intrinsic. Adjectives are comparative after all. (A mouse is not really “small” it is small in comparison to something else). A star’s brightness is intrinsic compared to a moon’s brightness. That’s probably also the sense in which you could say a gems value is intrinsic. It’s more intrinsic that a single countries dollar bill is (which more clearly draws its worth from its society).

However neither the star’s brightness nor a gem’s value is absolutely intrinsic. Just like the gem’s value being related to our economy, the brightness of a star is related to our eyesight. To a mole even reflected sunlight is brutally bright. To a rock this whole conversation is meaningless (or at least it certainly seems to be). Only to an average human’s eye is a star “bright”. Furthermore a star is bright only in the night sky. In the day the stars are relatively dim, unable to stand out against a blue sky. What gives a star brightness could be said to be a great many things beside its own essential nature.

Whether any quality at all is absolutely intrinsic has become a matter of some uncertainty for western cultures. We live in an age of physical relativism. Our scientific picture of the cosmos give weight, motion and even time as much permanent meaning as the words up and down have in outer space. Maybe we will be able to retain certain constants (like the speed of light) or maybe even they will be discovered to be floating values in relationship to others. It’s worth noting that the latter possibility wouldn’t floor a modern high school physics student in a way it would have perplexed and astonished an 18th century scholar or for that matter a citizen of first century Rome. We take relativity for granted nowadays. We have adjusted to it like a Himalayan Sherpa has to great heights or an outback resident accepts an open sky. The vertigo that once would have been common when pondering a relativist universe is an increasingly foreign, increasingly retrograde condition.

“Worth” is a moral description not a physical one. It is essentially a word that tells us the esteem we should afford something or the value we should give it. As such it lies outside the province of the natural sciences. Physics can’t tell us whether or not we morally should do anything let alone how that relates to intrinsic worth. However physical relativism and cultural relativism are still co-operative philosophies. The notion that intrinsic worth (or meaning) can’t be located anywhere is called existential nihilism and its expansion post Einstein suggest a relationship between this and the movement away from intrinsic physical properties.

There’s nothing new here. Our physical models of the universe have always shaped and been shaped by how we understand non-physical “objects” like worth. They are part of one and the same world view. Eastern thought particularly such as in India, China and Japan has tended to have both a relativist model of ethics and a relativist model of physical reality. There is a greater emphasis on pragmatism and consensus and a lesser expectation of knowing the truth of our moral claims throughout Asian philosophy.

In the West however, despite our movement in this Eastern direction, two words I have used are ones which still tend to be viewed negatively. Relativism and nihilism are sometimes treated as almost interchangeable with cultural disaster/collapse/paralysis. There is a circulating view that both relativism and nihilism leave us powerless to critique evil like the Holocaust for example. Only by finding intrinsic worth in something like human flourishing, familial love or personal dignity can we stand against the phenomenon of the Holocaust and call it for what it is.

I’m critical of that conclusion. I recognize it exists in that people feel that a relativist and nihilistic cosmology does constrain their ability to name injustice. They feel their moral claims must have grounding in the perspective of the universe itself or be purely arbitrary. However I think they are mistaken. I think they have confused what is reality, with what policy we should take towards what is reality. To explain;

There really is no up or down in space. As the earth is in space there is similarly no up or down on earth. However if you are running out of breath underwater you hopefully know to impose an “up” on the situation and swim in that direction.  The “up” doesn’t belong to the essential nature of the world. It’s not intrinsic. Sometimes we say then that it mustn’t be objective, it must be subjective. We assume it belongs to our “mind”; we must have thought “up” up. Following that thinking it’s easy to start drawing a picture of the world in which nothing has any reality. All we have is minds making up subjective realities. In such a picture perhaps even the wrongness of the Holocaust becomes impossible to express, just as impossible as distinguishing between true up or down. Maybe even the events of the Holocaust become a matter of mind along this line of thinking. However we have made a mistake. We have reduced extrinsic meaning to opinion when it is more than that. 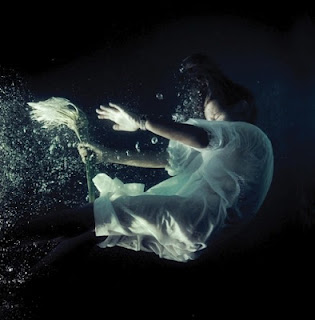 Rather than seeing our choice between absolute objective and subjective reality we can express our situation differently. “Up” when we are drowning comes not only from “mind” but from our need to breathe, an objective condition of our continuing subjectivity. “Up” when drowning is certainly not just one possible idea of a hypothetical brain in a jar. It’s a product of the conditions of our existence and our longing colliding. Yes, without us there is no “Up” but without our desire to live, our inability to breathe water and the gravity of our planet, there’s no up either.

We need to remember we are both in this world and we have an interest in this world. We are policy creatures. It’s what we do. It is our humanity to make policy – call a spade a good or bad spade - to swim up rather than in any direction when we’re drowning. Policy isn’t just our free opinion; it’s our mediation with reality. But this is also to say it’s not reality either. Our policies are not likely to be shared by the universe. For example, the universe doesn’t share our attitude to the Holocaust; raining and shining sunshine on good and evil alike is its bag – but not ours. The idea that we and the universe are supposed to share attitudes is a fallacy of comparison. We can recognize relativity as an aspect of the universe (there is no “up”) but separately make policy based on privileging a particular non-relative perspective (swim “up” when drowning). We are different to the universe in total.

In fact I would go so far as to say that there is a refusal of our humanity and paradoxically the way of the universe itself when we simply try and live according to the way of the universe in total. The universe seems to me to be purely indifferent and being similarly minded may protect me from being out of sorts with it. I am however a specific part of the universe that is particular – that loves and that is appalled by genocide. Asking myself to switch that off is opposed to what my part in the universe is. I might as well ask a rock to notice a star.

This is essentially what I would hope to have the bravery or perhaps even the insanity to do with my life. Just be myself in this universe. I can recognise that much of the universe (For example rocks or the universe as a totality) has no moral stance on the Holocaust, anymore than it contains genuinely valuable gems or actually bright stars. I oughtn’t see that as the best truth for myself however. I have a human life to live.
Posted by Tony at 9:09 PM