I enjoy being foolish. I particular enjoy it when people have a good natured chuckle at my more un-testable beliefs. It was in that spirit that I was talking about the bear as my totem animal to some friends some time ago. 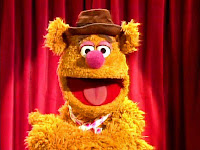 Why is that humorous? Well firstly because I am not sophisticated or particular. Grizzly or black or sun or even polar – though I stop short of panda or koala – will do despite their significant differences. My empathy with bears comes from pop–culture rather than careful study. In fact my favourite bear is Fozzie from the muppets, followed by Balloo from the Jungle Book. I was also a huge fan of Grizzly Adams in my youth with a well read copy of the novelized TV series a constant refuge.

For me the bear is a symbol of quiet strength – a strength that doesn’t need to prove itself. I think of bear like people as gentle giants – confidently able to decline challenges but capable of decisive action when necessary. I am not saying this is me. Instead this is something I aspire to be – something I have always tried to let inspire me. I’m more bearlike than I used to be. 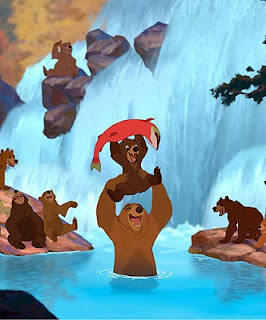 The other key aspect to bears is that they are simple pleasure seekers. Bears in fiction live for honey (Winnie the Pooh), humour and friendship (Fozie Bear) and just the “bear” necessities of live (Balloo in Disney’s Jungle Book). We often represent a bears’ life as idyllic. Even Coca-cola and Bundaberg rum play on the chilled out existence of a bear in their ads. Given that bears are omnivores with no non-human predators it’s not a completely fantastic rendition. I think in our status-orientated, goal-focused and time-limited culture it’s a lifestyle we ought to celebrate more. Bears are not workaholics and they don’t do gyms.

I agree it is funny that I idolize all these bear qualities. I am playing up to an aspect of myself that both charms and infuriates some people who know me – a love of comfort and lack of career ambition. Then I am wrapping all that up in poorly understood mystical language using children’s books as references and even the Muppets as scripture. Besides all that I’m not really the body shape to be a bear, my shoulders aren’t broad enough, so there’s a physical comedy playing out too. It’s cheeky and silly and low brow in a good way. Let’s laugh away.

The second reason my totemic appreciation of the bear gets chuckles though is less cool. I think it’s because it’s identified with a group of people who get sneered at in Australia. The stereotype of non-aboriginal people into totem animals in Australia would be our working class whites – “white trash.” This class ranks only above aboriginal people and new migrants in who gets shat on by our government. When this crowd wear an airbrushed wolf t-shirt or a full-back tiger tattoo its viewed as a tacky approach to other cultures as “exotic” and “wild”; it’s read as “never traveled further than the flea markets”.

It’s true that it’s tacky to just pluck a totem animal out of a foreign ecosystem without any awareness of the cultures that have traditionally interacted with that animal. However and this is a bold claim (so I’ll bold it), it is a continuation of the dismissal of certain cultures as primitive that is behind a dismissal of animal totems rather than a desire to protect those cultures by looking down on a partial use of their symbolism and concepts. I say this because the purpose of the chuckle over totem animals is not to deepen conversation or encourage further learning but to end it. Therefore it makes more sense as an unwitting legacy of pejorative attitudes to animism than an advocacy of taking animism seriously. 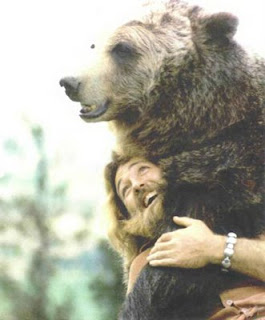 We definitely don’t honour other spiritual practices by leaving them alone with a chuckle. I know people who love Tai Chi but have yet to study Daoism, same with Yoga and Hinduism, Karate and Shinto, Gospel and old time Black American Christianity. These class appropriate appropriations get a free pass however.  They don’t suffer from a general objection to ripping off other religious traditions for our spiritual benefit. If anything they are applauded as a step in the right direction towards understanding. Yet while old church furnishings are very cool at the moment totem animals are less so. Is it any surprise that this is a distinction that echoes the prejudices of our past rather than challenges them?

I don’t mind sharing the “white trash” label if having a totemic appreciation of an animal puts it upon me. Australia is a class ridden country but whether you are upper class or working class or a lumpen-proletariat is no indication of whether you have “class” in the sense I care about. Kind, humble, ambitious in love and with a hunger for knowledge is my kind of classy. I use philosophy to recognize sophisticated and academically trumpeted ideas in what people are saying who lack the jargon to express themselves in that way. What I find is that good ideas come from people who spend time thinking. People who already believe they know best seldom do such thinking, hence the truism that you have to first be a fool to become a sage. 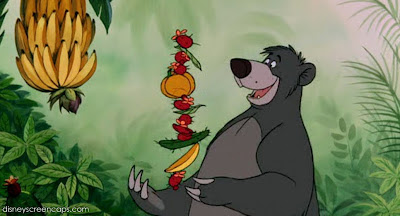 One way the closed mind of the clever operates is to limit the list of what constitutes a spiritual question. How the universe began, where you go when you die, whether right or wrong are absolutes, are all legitimised spiritual questions. These are also very academic questions requiring proper study of serious theological and philosophical positions. Woe to anyone who thinks they can just answer such questions by taking a stroll. By contrast something like what is your favourite animal and why is considered a foolishness. They’re a child’s questions – not a scholar’s. 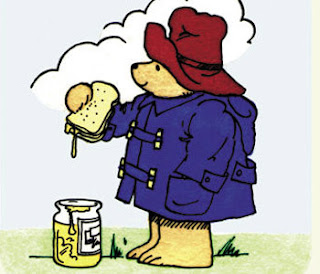 I, very seriously, would like to flip that distinction. One running theme of this blog is of the unimportance of the official canon of spiritual questions in particular the chief one – whether or not God exists. Answering that question tells us about our situation but not necessarily about how we should respond. In contrast a “foolish” question like what animal inspires us does actually speak to the core of all spiritual concerns; how do I live my life? Kids get this. I thank the kid in me for still getting it. Considering the bear is more relevant to me than any genesis or evolution debates.

None of this is to say that there is nothing to criticize in terms of our use of totemic animals in popular white culture. Traditional uses of totemic animals have a strong valuation of a diversity of gifts. There are no “bad” animals and nor are there ideal ones. The rabbit and the snow leopard are equals. That is important because in mirroring our totems individually we collectively mirror the ecosystem which benefits from all its members and we recognize different tools for survival which benefits our tribe. This is forgotten when this spiritual practice gets intermingled with capitalism – both its mass production and its competitive nature.

The sort of animal totemic system we end up with under capitalism is a glorification of the top of the food chain predators. Wolves, sharks, tigers and yes, the bear, all get a lot more love than other animals. Further we distort those animals to suit our own psychoses. The wolf is a pack animal who must work with their pack members to hunt successfully. A lone wolf is actually an unhealthy animal whose lack of socialization has led them to be expelled. Despite this the lone wolf is a celebrated animal archetype because it suits our alienated and hyper-masculine culture. This should be pointing us to something wrong with us.

We don’t notice the problem with a lot of people empathizing with lone wolves (or generally predators at the expense of every other kind of animal) because we aren’t adopting animal totems to guide us – to write over our lives. What we are doing is instead writing on to animal totems our own indulgences. I am guilty of that myself given how much I am celebrating a cartoon version of the bear rather than the real deal. This leads to the reverse of what animal totemisation is supposed to do. It’s supposed to temper our own excesses by giving us a companion spirit to walk with. There’s supposed to be challenges for us. It’s not a blank check to be a sociopath by saying “I’m a rabid dog.” Rabid dogs get put down is the lesson there.

One way to correct this is to deepen our relationship with real animals. I made it a mission of mine to actually see a bear in the wild. For a few minutes I was closer to a black bear than any other human at a tip in rural Canada. There were no fences in between and while it was mildly dangerous it was also one of the most cherished experiences of my life. That is out of reach for many Australians but we can all learn more about bears. We can learn about threats to their habitat and freedom as well. When I was doing work-for -the-dole I met a guy who even though he was on unemployment benefits himself donated to charities that freed bears in captivity. That’s deepening the relationship too.

Forget bears though, there are animals all around us. My dog is at my feet at the moment and our yard is full of birds. Is it really so laughable that they might have something to teach us? Have we crawled up our collective human ass so much that allowing ourselves to be taught by an animal is foolish to us. Well, first the fool, then the sage.