The right side of history Part 2. - Progress 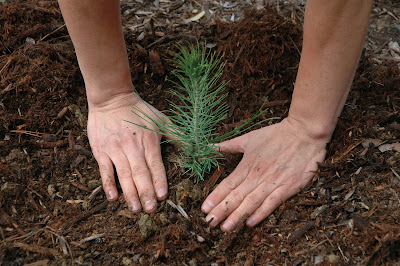 I have been struggling to write this piece continuing on from my last post about discernment (which I recommend a read of first so this post will make sense).  Partly the delay in posting has been due to the thrilling distraction of some regular casual relief teaching. Partly it is because I may have bitten off more than I can intellectually chew. My aim with this topic is to borrow the processes of discernment belonging to people who made profoundly correct choices in the past. Before I do that I would like to stress the profound implications of the task which may be repetitive for some but helpful to others.

Those of us who reject submission to a purportedly divine and clear legalistic authority as any kind of basis for morality are often accused of having nothing more to say on morality than personal taste, of simply making up our own versions of right and wrong. In this bag are not only atheists but the non-fundamentalist religious. It’s a serious charge because taste is notoriously affected by peers, and prejudices and we at least like to pretend that morality is an objective reality when evaluating different options for actions.

We are not entirely forced to evaluate options as right or wrong. A possible escape is to avoid consciously making these choices as much as possible – to try to operate from an instinctual orientation towards health. In a way this is the ultimate acceptance that morality is “taste” but with a regard for the wisdom of taste to point to healthy. This would be a neat approximation of the Daoist solution. I think it is an interesting road and invite anyone with more experience exploring it to comment. I honestly don’t trust my own taste enough to commit to this path.

Conceding that moral arguments are necessary to make however does not lead into the fundamentalist’s argument that clear divine instructions necessarily exist. It means life would be simple if they did exist but since when has life been simple because we wish it to be? The fundamentalist is ultimately indulging a fantasy and their arguments are really temptations to a happy stupor.

The temptation of fundamentalism works because the irrationality of morality and the obligation to make moral arguments is genuinely experienced as anxiety – often leading those who can’t embrace the simple security of fundamentalism to belittle ethics entirely (as they should say Daoists). It is no small thing, in this context, to be trying to justify a description of what is really right or good and it is greater still to say this is a reliable method for finding the right and good in different situations. That is what this post and some of my past ones attempt to do.

What we call right or good on an individual level we could call progress on a historical and societal level. The anxiety over groundlessness is no less serious here. If progress is a matter of taste then who can really say whether we should develop or dismantle public health care, or whether tackling homophobia or ending spanking or protecting endangered species has any merit. In the absence of objective merit or “shouldness” we could simply reduce each of these choices to personal cost-benifit analysis – a trend which arguably our governments have been all too willing to embrace; also a trend in which individual costs all too often outweigh collective rewards to our universal detriment.

So how cool then to suggest a positive historical direction called progress and to identify how to be for or against it. Note that this is not the same thing as believing that history has been a winning tale of progress. It is possible to believe in a right direction for history but to believe humans have been missing that direction for the most part. In fact to believe human history is a tale of decline requires a belief in the, at least theoretical, possibility of progress. I honestly think that the abandonment of this concept has more profound implications than Neitzche’s declaration that God is dead – or more accurately the death of progress is the most profound implication of Neitzche’s declaration. Progress, as a theoretical possibility, is the activists ultimate God by which even conceptions of God are measured. In its absence all activism is reduced to shouting only for what one wants (which again the Daoist would say is ok).

The problem (if we just ignore the Daoist who is shouting “wrong way, go back”) is however how to know what this progress is. My community “knows” what this progress looks like in hindsight – I have zero people in my life who think that Wilberforce was wrong to oppose slavery or Chiune Sugihara shouldn't have helped Jews flee to safety from the Nazis. Everyone I know is glad that “illegitimite” is no longer stamped on the birth certificates of children born out of wedlock (which Texans can thank Edna Gladney for and I can thank Blossoms in the Dust for teaching me about her). If agreement on these matters isn't always universal then it is at least overwhelming. But is this sufficent? Why couldn't we all be wrong.

I am going to go out on a precarious philosophical limb here and say this is sufficient. There are areas where my community and I have doubts and are open to challenge but there are also some firm convictions as well. Women should have the vote. Yes, speaking skeptically that might be wrong. But if it is I may as well be hung for it. Frankly I am willing to be that kind of wrong. At some point I guess a person has to recognise what life they intend to lead in terms of certain assumptions and live it, accepting what metaphysical or historical judgements ensue.

Is this dangerous? Potentially. Lazy? Perhaps. As much an exercise in wishful thinking as the fundamentalist? Ouch. Maybe. But consider the weakness of only tolerating moral statements we can articulate a basis for. We will have made our morality dependent on our eloquence. If morality really did operate that way then we would expect simple minds to be cruel. As they are often not I think a case can be made for a right instinct. Before any Daoist celebrates I would add the caveat that this instinct can be most trusted only towards those issues which are comfortably settled and thus don’t play to our current self-interests.

Hopefully this post was able to lay out the stakes of this conversation. Hopefully I’ve explained my motivation and in doing so connected some previous comments I’ve made about progress and morality into a coherent position. Most hopefully I’ve punched a Daoist hole in my own position which I invite anyone coming from that perspective (whether you would call it Daoist or something else) to drive on through with their comments.  I end spared from actually answering my question as to how to use kairos moments in the past to inform the present by the length of this post so far.