A Theological Response to Child Abuse in the Church. 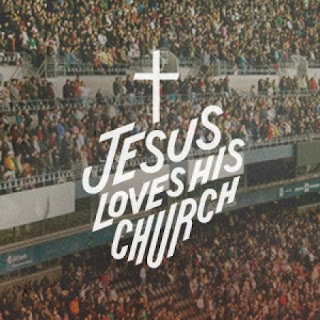 One article in particular struck me as a telling example of the churches response from a mainstream (perhaps a little to the conservative side) Christian site. In it a Catholic theologian outlined a practical response, a procedural response to the issue of child abuse. I actually recommend the content of that article for what it was trying to be. The article, by a theologian, also illustrated to me the absence of a specifically theological response from the church to this issue.

Theology is the discussion and study of the divine. It is the considering and contesting of all that can be said about God, or even whether anything can be said at all. The epidemic of child abuse in the church is shaping how God is understood and affecting what statements about God are believable. There is a lay theological response to this issue even if it seems like church theologians are largely focused on the pragmatic. I want to try and articulate how I see that theological response developing in this article.

It is important to distinguish a theological response from one which looks for blame or solutions. There are many different contributing factors to blame for child abuse in the churches. These may include theological factors – that is people’s understanding of God may have enabled and even justified the abuse, but other factors include institutional self-preservation as well as explanations that are better rooted in patriarchy and a broader social devaluing of children. The purpose of a theological response is not to push theological faults forward as if they alone explain what has happened but to look for how to positively understand the divine in the mess of this matter. The end result of a theological response is a set of statements about the divine that can co-exist with the abuse that has transpired.

The first reflection that must be made is of God’s weakness. I say that to deliberately confront a particular notion of God represented by the statement, “God will not be mocked.” This notion of God is represented by the stern disciplinarian who stands above us with strap in hand, swift punishment befalling those who disregard their authority. Whether or not the divine cares if it is mocked, it has had no recourse when it is so thoroughly debased and disgraced as to be used to cover child abuse. I am not blaming the divine. I am postulating that it has been grossly misrepresented, but I am noting it could not prevent that misrepresentation.

To an extent this is simply the classic “problem of evil” that is used to disprove a God who is all loving, all powerful and all knowing.  Child abuse is a clear evil and a God who has all three of those characteristics is not consistent with a world in which child abuse occurs. There are answers to this problem – the importance to God of free will being one of them – but those answers don’t really do much other than insert a “because” in the statements at least in terms of the God we experience. God must allow evil to occur and thus cannot be experienced as all powerful over the world because of the importance to God of free will.

The problem of child abuse in the church, however, is not simply a crisis of God’s power over the world. It is specifically a crisis of God’s power over their representation. The result of this crisis, regardless of the “becauses” that we insert, is that God cannot be experienced as in control of their representation. This means that whatever logical solution we come to that preserves Gods existence in the presence of evil, the connection between God and their representation in the world must cease to be a special relationship different to their connection to the world at large.

This is huge for some churches. For other churches, not especially. The Quakers have a strong distrust of people speaking for God in any way and believe in our capacity to experience God directly through silence and stillness. At the other extreme the Catholic church holds that it is specially instituted to represent God on earth through the authority of the Pope and their Bishops. The idea of a God who has the power to do that simply does not survive the child abuse scandals of the church. God can grant no special protection from corruption or falsehood to any institution standing in their name.

This is not just a problem for Catholics. Generally Christian denominations have relied on two sources of authority to support their doctrines. The traditions of the church and scripture. These two strands are not distinct. The specific texts which were included as scripture in Christianity were chosen by a series of early councils of the church which relied on tradition to determine inclusion. Tradition is also why these decisions are seen as enduring. Meanwhile the Catholic church, which could be said to have emphasized tradition over scripture, bases its authority to do so on a passage in scripture. Importantly both tradition and scripture rely on some notion that God has some capacity to bless their correct representation in the world. Christian scripture is not the writings of an incarnated God but writings about that experience by others and is deemed to be specially protected from falsehood by God.

This reliance on protected representation only becomes stronger as we head back into Christianities past and the books of their Old Testament. There are Christian schools of thought which contend that meaningful theology must be restricted to uncovering the truths revealed in either these books or the New Testament writings. This is to say that  Biblical representations of God are all that can be trusted and evidence from beyond them is unsafe to depend on. This is how deeply held the notion of a special relationship between God and their representation by the church (in the broader sense of the word) is for some forms of Christianity. Such ways of theologizing cannot survive the child abuse scandal rocking the churches.

I should note that there is strong evidence, at least in the Catholic church, that the proportion of offenders in positions of authority exceeds that of the general community. However, this isn’t necessary to justify the claims I am making. Nor is it necessary to prove this isn’t simply because more trust over vulnerable people was historically placed in the churches hands or due to a hands-off approach to the church by secular authorities that would have failed any organisation. Regardless of cause the evidence that there is no special difference favouring those purporting to represent God over secular organisations is enough to disprove a special relationship between God and their representation in terms of power over evil.

If no special relationship exists between God and their church then this is not all negative. Freeing the divine from possession by its spokespeople (spokesmen mostly) emboldens other theological claims. The Royal Commission into Institutional Responses into Child Abuse that is exposing the abuse in the churches is the work of the non-churched, the religious and the ex-churched. If the divine is free from a special connection with the church we can see the divine in this work. The work of the commission can be viewed as divinely inspired even as it exposes and potentially weakens the church.

Much of Judaeo-Christian theology has God massively concerned with their representation. They are, in story, outraged by heresy and idolatry both of which get God wrong. If God is incapable of protecting themselves from misrepresentation this idea of what angers God seems foolish. It would be a futile anger. We might be better off considering the divine as a spirit radically unconcerned with their representation, happy to work through atheists or Catholics in order to get the job done as in the work of the Royal Commission. This picture of God seems more consistent with a world in which we are saddened and inspired by different aspects of human society with no pattern as to whether they can be associated with one religion or another or none.


There are many more diverse theological responses to this issue than I have covered here. There are victims who simply put to one side questions of God’s power and find a place for God as a companion in their suffering. There are others who dismiss entirely the usefulness of the idea of any divine spirit. These both seem like legitimate responses to me. The picture of God that is no longer viable is the God who can guarantee to be known through their representatives, by ensuring that the lies that happen outside the church are kept from happening within.
Posted by Tony at 7:20 PM No comments: