This piece is partly a response to a book by Peter Hitchens titled The War We Never Fought. It sounds to me like possibly the worst book to be written about drugs and drug use conceivable. What it might usefully do however is bring together all our logical inconsistencies around the word drugs into one volume. It's prompted me to write why I think the word "drugs" itself starts us off on the wrong thinking track.

All substances affect our body. There is no meaningful category of substances called drugs in contrast to other substances that are not drugs. A drug is a substance which enters your body and which affects your mind and mood (a quality called psychoactive). In institutional settings people have been known to get “high” from drinking too much water. The increase in water affects their electrolyte balance and gives them a dizzy, out of sorts, experience that I imagine would liven up life a little on a hospital ward. Similarly anyone who has ever looked after a child knows any dehydration equals complete rattiness and at those times a drink of water is a powerful mood lifter. Hence even water is a drug.

It is therefore better to think of substances as just more or less psychoactive with the understanding that how psychoactive a substance is depends on the state of a person taking it. Water is pretty psychoactive if a person is dehydrated or alternatively if a person has drunk gallons of the stuff already. Outside of those circumstances though, water is hardly psychoactive at all.

To use another example I knew a truck driver who took amphetamines. He reported just as powerful an awakening effect from magnesium (a mineral) one time but said taking it again had no effect. That makes sense because he was probably seriously low on magnesium when he first took it. His first state meant the magnesium had a strong psychoactive quality. After that however his body couldn’t use any more, so additional doses had very little effect.

When people used the word “drugs” they may or may not be including coffee, cigarettes or alcohol. They are almost definitely not including water and magnesium. However they often are grouping together such diverse substances as MDMA (Ecstacy) or L.S.D. with Heroin and Coccaine. Sometimes they are also including petrol sniffing. That’s such a broad category that it makes discussing them fairly meaningless. Is it hard to stop a pattern of using drugs? Often if you mean Heroin but not if you mean L.S.D. Can drug use trigger a panic attack? Yes if you mean L.S.D. but not if you mean Heroin. Do people recover from the harms of using drugs? That depends on the harms and the substance and even the person. Alcohol damage to the brain is irreversible (though people can adapt) however damage to the liver can be repaired unless liver disease (Cirrhosis) has set in.

When I was working as a drug and alcohol counselor in Canada I heard another worker talk about the hypocrisy of parents freaking out if their child used crack cocaine when they would be okay with their kids using cannabis. That’s not hypocritical at all because crack cocaine is a different substance to cannabis. The two have massively different effects on the body and mind. They have different patterns of addiction and withdrawal. They belong in different subcultures of use. They have different costs; legal, and just plain financial. That’s not to say you can’t argue a parent should have the same attitude to both crack cocaine and cannabis use. You could still argue that a broad blanket policy is best – though I would disagree with you. It’s merely to say that a different attitude to the different substances is not hypocrisy. Insisting that a singular view of all “drugs” (whether affirming their use or condemning it) is the only integritous position to take is like teaching colour blindness as the right way to see colour.

That’s also a shout out to all those stoners who say that having a pipe every night is no different to having a glass of wine over dinner. They mean by that to say that if the latter is permissible (even recommended if you trust the wine industry) then cannabis use should be too. Maybe they’re right that the two substances should be treated the same, or maybe we should even encourage cannabis use over alcohol, however those arguments need to be actually made on basis of the merits and harms of their use. The fact that both substances get called drugs is not sufficient to tell us whether this is true. It is a completely useless indication of what those substances are doing. Meanwhile the “drug” that is the carbohydrates in the chip portion of the actual dinner is being overlooked entirely. 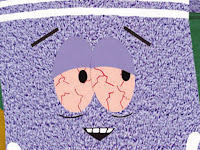 Substances also affect different people differently. Even when we are talking about a single substance it needs to be understood as different when it enters Jim compared to Jenny. That’s because it’s our own chemical factory in our brain that’s required to get us high (or low) in response to the substance. Notice for example cannabis doesn’t get your ashtray stoned as an ashtray has no brain chemistry to interact with. (South Parks Towlie is also not a real life possibility.)  The effect of the drug is really “of us” rather than the drug.

This is the same principle in operation with the varying psychoactive nature of water. It only improves your mood if you are dehydrated. However people are not just different in terms of fluid states (such as when dehydrated or not). People are also different in more fixed ways. Jim might always get sleepy on dope whereas Jenny might commonly get agitated. It therefore makes no sense to talk of who uses what substances at dinner time as if one was the same thing as another. It would be worse for some people to have a pipe and worse for others to have a glass of wine.

So if we want to define drugs meaningfully we have to recognize that;
That leaves the word “drugs” as pretty much meaningless which is exactly why I prefer to talk about substances, as in substance use, substance abuse and so on. In particular I like to talk specifically about the affects which are at the root of our concerns over certain substances, namely addiction or dependence or tolerance, harms including the risk of overdose, intoxication and come-down or recovery, and so on.

We’re not completely in the dark about all of these concerns. Human physiology is both diverse and relatively the same. With some clarity about what we are talking about we can proceed with careful science, around specific substances and the range of responses they provoke with people depending on their prior state. We’re aided by our increasing understanding of how the brain works and the key role of certain connections and chemicals such as serotonin and dopamine. 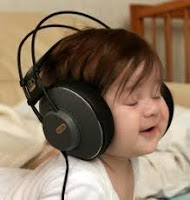 In an ideal world I would like us to talk even more holistically about what affects our moods as well. Music, exercise, our environment, our body temperature, the company of friends are all influences on our mind and mood. In fact remembering that it’s our own bodies and brains that really produces a drugs effects should lead us to think of all inputs that affect what we produce in response as at least drug-like. Heroin only has any effect on us because of its effect on dopamine. Dopamine is therefore the real drug and laughter can give us doses of it as well.

Ultimately the question of our attitude to drugs is not a meaningful question. We should be asking instead “what is our attitude to our mind and mood?” How do we want to shape it, support it, agitate it, relax it and suffer it? A small part of that answer will be what usually gets called “drugs”, a larger part will be all substances (from chilli sauce to icecream) and the whole of it will be our life.
Posted by Tony at 6:41 PM