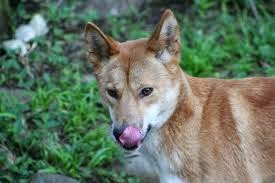 One of my fascinations is game creation. Escape from Dingo Island is a first attempt to put out there a very simple game I created  to teach some children I tutor and my own oldest child some basic maths. That maths is simply addition to ten which is regularly taught in early primary. In this game however students have to find if any combinations of numbers make ten from jumbled number sequences. That's a novel approach to the problem and involves adding multiple numbers in different combinations.

The game is also co-operative and positively themed which makes it suitable for kids in prep or year one. (You aren't even escaping from scary dingoes in the game but instead are helping animals including the dingoes escape from an island to safety.) This means it probably lacks the darkness and conflict that might appeal to older children some of whom could still benefit from practicing the skills it needs. That's a common challenge in education, how to combine age relevant themes and individually relevant levels of skill, which don't always match. Comment below if you want to suggest a version of this game that tells a different story to better engage older kids.

I'm linking to the game as a downloadable PDF file but I am also trying something new. It wont be a regular feature of the site (and it may not happen at all if I can't figure out how it works) but I'm asking for payment. I'm using a model I remember from my days loading free-ware off a floppy disk; try before you buy. Download the game and if it helps your children with their maths or if you like it so much you implement it across a whole school then pay the suggested price. If it isn't very useful then pay nothing.

And stay tuned because I'm still mulling over my thoughts about discernment and where I left my last post.

The right side of history; A trope about discernment.

A while back I discussed the use of tropes; predictions and mental shortcuts based in story telling. For this blog post I am going to expose a trope of my own. It’s a trope particularly relevant to the question of discernment raised in the last post.

Firstly a reminder that tropes are good. Everyday we have to predict the future which by virtue of it being in the future we can’t directly observe. For simple questions like whether the sun will rise tomorrow we may not think we need tropes but in the face of a counter claim from a Doomsday cult for example we will still use tropes to reject the doubts they raise. Tropes are our way of “knowing how this story ends”; we locate the events in front of us inside a type of story we have seen before. In this case a failed Doomsday prediction. There is therefore no need to investigate every allegation from everyone.  Tropes save us a lot of time.

Equally tropes are not so good. Tropes can make enemies of people who might in fact be friends when we apply our knowledge of “where this will end” over-cautiously.  Imagine refusing a genuine gift because it was “too good to be true.” Tropes can also merrily lead us into trouble. A good con-artist will encourage our tropes and allow us to play the hero or even the con-artist ourselves in line with our expectations. Our tropes are basically our prejudices with all the pejorative connotations that word deserve.

I use the word truism to describe the building blocks of a trope. Truisms are statements about the world which we accept as true. They may be rigorously tested or blithely assumed. They are not always conscious and making them conscious can be a great way of exposing a tropes flaws. The truisms which my trope is composed of are probably the best way to investigate it and can be laid out as follows. You can use the points to find where you depart with your own trope about discernment (treat them as wild claims rather than careful arguments).

1. There are clear Kairos moments in history. Kairos is a term I’m borrowing from theology where it describes a time in history when “the church”  - those people who profess to be the people of God – must make a decision which will critically decide the legitimacy of their claim to this identity. The position of the Anglican church on Apartheid in , or the position of the on the Nazi party in Hitlers’ form classic modern Kairos moments.

2. Kairos moments don’t just occur for the people of God. There are moments in the life of any institution including the broad institution of humanity when certain decisions become morally critical. Notwithstanding some losses in the translation from church to nation we can see the land-rights movement or even the royal commission into child abuse as kind of Kairos moments for the community of . A Kairos moment is like a fork in the road. The relationship of an institution to its most fundamental legitimacy is at stake.

3. In a Kairos moment the path of righteousness is not clearly lit. It is obscured by rational and reasonable sounding counter arguments. White people supporting Apartheid in pointed to neighbouring countries in which corruption and violence seemed even worse under black rule. Mark Twains famous depiction of Huckleberry Finn shows him comprehending freeing his friend Tom from slavery as stealing him from the woman who owns him.  Even the oppressed can’t be certain of their tactics or timing for change. The resisters in the Warsaw Ghettos could never be sure that surrender wasn’t the wiser choice of action. Our choice in a Kairos moment might cost our life and the lives of many others and for nothing. Our pursuit of what we think is righteousness might ultimately condemn us as unforgiving, or naively soft for all we know in the moment of decision.

4. Just as the right call in a Kairos moment is unclear in our approach it is painfully obvious in hindsight. Nowadays even the staunchest western conservative, unwilling to bear the thought of a woman bishop, would not question a woman’s right to vote. Nowadays even the sad few who cling to the myth of Aryan superiority deny rather than celebrate the holocaust. Support for slavery or segregation, once half the debate are now embarrassments for the church. This means we can take certain historical outcomes in debates as givens in regard to morality. (I realize this may be my weakest point; matters of justice that may seem settled briefly can easily become contested again eg. the Australian abandonment of our obligations to refugees and does a settled opinion mean anything about its rightness anyway.)

5.  Those who made the right call in historical Kairos moments (and I rely on the above point to claim they can be clearly recognized) share some commonalities in terms of their process of discernment. Maybe they nurtured an intimacy with the people affected by the decision or maybe they could create the distance from the matter at hand to see things clearly. Maybe they emphasis reason or instinct or balance between the two or held basic philosophical assumptions in common. Perhaps by comparing each person side by side we could identity a super tradition or religion each of these right-callers belong to. Whatever it is there is some definition to the process by which they managed to be on the right side of a Kairos moment.

6. Likewise we can see from past Kairos moments that certain processes of discernment were not helpful and served to obscure what we now see clearly. It may be that we can discount or treat warily forms of authority based on their uselessness in past Kairos moments. Alternatively we might just crudely note intellectual vices to avoid.

7. When we stand in a position of ignorance in relation to our own Kairos moments we can borrow from those who made the right call in the past, their process of discernment. We can also skirt past the traps that befell those who made the wrong calls. In this way while we can’t necessarily know the right conclusion to a contemporary moral crisis (and must ultimately step forward in faith) we can grow to trust a path to truth and try to find it in new scenarios.

Before I go any further with this and talk about how I apply my trope to what I see might be modern Kairos moments (Australia’s treatment of refugees for example or the global response to climate change) I want to ask you for your thoughts. Do you agree with the points laid out above? Is the concept of a Kairos moment a helpful historical one? Am I right to have my doubts about point 4? Is there really any common discernment process to be uncovered as suggested in point 5?