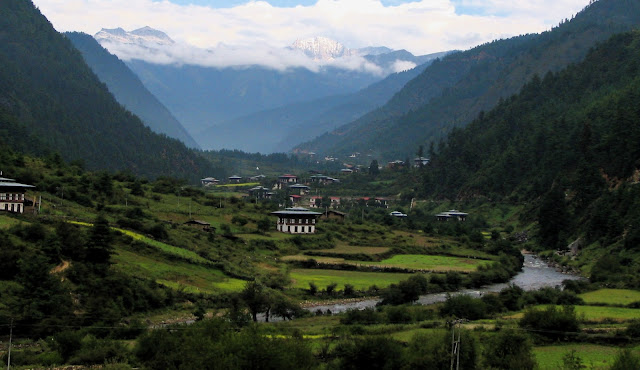 Recently I published a post about intrinsic worth. What I put up on the blog was a severely abridged version of everything I wrote on that topic. The problem was that while writing that post this topic kept on trying to be written instead.

Logical argument is just a subset of communication. Communication in its broader sense permits an infinite range of positions - if we don’t have the right words we can make them up or use a tone or gesture to add nuance. Communication can play outside the rules of logic.
Three areas that logic struggles with are:
Generally we praise logic for its exclusion of nonsense. It’s fair to say that nonsense can often look like a cogent argument and that logical thinking can help uncover that deception. I’m not certain excising nonsense and absurdity all the time is good. The benefit of nonsense is not making any concession to others from the personal goal and pleasure of speaking it. It has a place. However I think if we are going to employ absurdity then we should do so with full self-awareness. Then we won’t expect others to respond as if we have spoken in a common language. I’m very grateful that logical thinking works towards encouraging nonsense to show some restraint at least.

In my post on Moralising I hopefully showed how ambivalence or indifference is a valid position to take outside of logical argument. Logic proceeds from concern for an issue. Sometimes we ought not to be concerned. That’s a position that should be subject to criticism (even using logic) but there is still a time for saying that a question is unimportant or even silly rather than always answering it.

Moderation is something which is not entirely excluded by logical thinking. However logical thinking has a natural tendency to create extreme positions. If I can logically argue that X is right and Y is wrong then I am likely to be also saying X is very right and Y is completely wrong. The distinction between these positions (X is right and X is very right) is not easy for logical thinking to notice. The issue is usually one of a poverty of language that creates an either/or proposition when a richer palette of terms would allow lots of in between ideas.

It’s this lack of room for moderation that I want to explore in this post. In particular I want to look at a central theological position that I hold, how it usually argues with it’s opposite and how that logical argument creates a well of silence in which possibly most people fit somewhere in between. I’m a fan of “most people” and so while I like my own position best I hope I can throw up some ways this middle ground can be articulated better.

My own theology in a nutshell: The Attributes of God are more important than God.

I believe that the why of a person’s worship is much more important than the who of it. When Christians praise God they often will use words like loving, merciful and kind. My own view is that if you have found ultimate love, mercy and kindness in your God then you indeed should worship them. It would be odd if you didn’t. If I found those things there I would worship there too.

Similarly if I have found the greatest source of love, mercy and kindness somewhere else then I hope you would encourage me to my knees. So long as religious conversations remain in praise of love, mercy, and kindness I see reason for agreement far outweighing any differences. We can have reasonable arguments about whether one source or another is indeed loving, but we at least begin on the same page. We are essentially worshipping the same "things". In fact the tendency to discourage that agreement is a failing of the Gospels and the biggest reason why I’m not an unqualified fan of Christian philosophy.

Now even I can see I hold this position in its extremity. This came up when I had a chat with a Christian involved in a missional community. They made the fairly common statement about Jesus; “What matters about Jesus is whether or not the claims that he is God are true. If he was just some guy who said interesting things then that wouldn’t matter anywhere near as much.”

My reply was quite forcefully in disagreement. “Of course it matters more if what he said was interesting. If he is God but said nothing interesting then God is uninteresting and we shouldn’t bother with him. If however what Jesus said was interesting, if it genuinely would make a positive difference to our lives to listen to him, then whether or not he was God is neither here nor there.”

The opposite theology in a nutshell: Who are we to say if God is good enough?

There is a position which is directly contrary to my own. This position agrees that God is loving, merciful and kind; however those words are rendered meaningless (so the agreement is tokenistic). This is done by asserting one or both of the following;
Both these assertions deny loving, mercy and kindness their common sense meaning. This raises the question of why worship God which can be answered in one of two ways in this theology. Firstly God’s power, in particular their enduring authorship over creation, is considered to be the basis for a natural authority. God’s will is supreme and thus to not worship it is really foolishness at a very basic level. Equally a natural gratitude is owed to our creator. There’s no perceived need to justify it further.

Secondly this question of why worship God can be pretty much rejected as nonsense. God is God and our being and theirs simply demands a relationship of worship. We are not able to even begin to evaluate God in terms of whether they should be worshipped. Even notions of gratitude are going to be ridiculously understated in our minds. In fact if we have any feeling other than complete awe (and personal shame) in the sight of God then we haven’t truly encountered them.

My view and the second view are fiercely opposed. They are so opposed that, without understanding their opposition, each particular view might not make sense to you. It is important for my view to bang on about separating God’s attributes from God precisely because I am arguing against the second view.  That view has combined God and their attributes to the extent that God could never be unloving (even if they drowned infants) and thus loving becomes an empty term. That’s a direct attack on my god.

Equally the second view needs to make a big deal out of the impossibility or inappropriateness of our judging God precisely because of my view being the end of that road. My view renders knowing anything specific about God secondary at best and completely irrelevant at worst because why we like God rather than God them self is what’s essential. Proponents of the second view consider that to be deeply tragic. They suspect that we will wander wildly off the mark of what is loving when we try to discern it, but also it is because they consider the who of worship to be the most relevant aspect for its own sake.

Stuck in the middle; Maintaining a relationship.

Just as these two views make sense of each other, from their black and white perspectives what is neither one nor the other can vanish from sight. It’s like two mountain peaks that can’t see the vast terrain between them for the clouds. Yet most people seem to occupy some part of that middle ground.

Rabbinical Judaism is all about arguing with their text. The most common belief is that no one interpretation can ever be definitive. The story of Jacob wrestling with the Angel is sometimes used to represent this. Further, this conflict is meant to be governed by a compassionate heart over and above a literal reading. Despite this a Rabbi does not put down the Torah and pick up the Koran with the same reference. They may worship God only with the right attitude but they are still monotheistically and historically particular about the revelation of God they worship.

Similarly my partner’s brother recently visited us. He is a church-attending Christian. Yet he felt great affinity with a non-theistic guest who shared with him the importance of acting ethically above all else. He stated he often experiences such affinity. However he also involves himself in small groups with other Christians with whom he reads the bible for guidance. He is loyal to the particular way of inspiring his ethics that being a follower of Jesus offers him. But he definitely feels a connection between himself and atheists who also want to make the world a better place.

When I try and articulate this middle ground I think of “relationship” as being the best word to describe it. It’s a bit like my own relationship with my partner. I want her to be with me for the right reasons. That’s deeply important. If she was with me but for any reason or none it would be completely wrong. However I also don’t want her to just be with anyone for those same reasons. I want her to be with me for those reasons.

In my view and it’s opposite you need to decide which is more important, the attributes of God or God themselves. Then you evaluate one with the other. In a relationship however you don’t begin with a list of ideal partner traits and then find the person who suits. However neither do you find a partner and consider ideal whatever traits they have. Instead you work things out as you go along. You wrestle with each other. You have some deal breakers but you compromise stuff you mightn’t have expected you would. It’s messy.

I’m not sure I’m nailing this here. That’s to be expected given my own stance. I have my theological position and I like it. I’m not aiming to change it. The diametrically opposed position is one I am comfortable railing against too. That makes this middle ground difficult to see let alone articulate. I’m just aware that it is there and populated by a great many people I admire.

Uncovering the middle ground in philosophy requires more than just logic. It requires a willingness to hear new languages and that requires listening beyond what my own language can describe - just like a relationship.
Posted by Tony at 5:37 PM