The problem of Eeeevil. 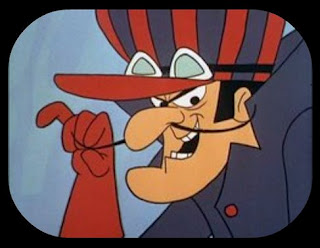 The “Problem of Evil” is how to explain the existence of evil in a world presumably under the control of an all powerful, all knowing and all good God.

This problem is different to the problem of suffering. Not all suffering is “evil”. In fact the easiest answer as to why there is suffering in the world under an all loving God is to recognize that suffering can be good. For example, we feel pain as a means of avoiding harm. Situationally that might be unhelpful but generally we’re better off with a nervous system.

The “Problem of Evil” is not really a challenge non-theists can throw at theists. Evil, the noun, is not a meaningful part of the non-theist’s language. In fact to accept the existence of evil, the noun, is to accept the existence of a morally positive reality against which evil can be recognized. That reality wouldn’t be an unusual concept of God. Even a diffused pantheistic God, if they are still able to make moral judgments from the perspective of absolute truth is exhibiting standard God-like behaviour.

Non-theists can readily use evil as an adjective. However, it then becomes a bit of a silly question to ask “Where does evil come from?” The adjective evil obviously just comes from any judging mind, including the non-theist themselves. Indeed evil only ever exists in the judging mind (like garishness). Hitler is evil because we think he is, because we deeply dislike his ideas and actions, because he has radically opposed values to our own. There’s no deeper reality to his evil.

Most theists however do have to grapple with the existence of evil, the noun. This is because they have a fundamentally completely good noun, God. From a theistic perspective Adolf Hitler* is not just subjectively evil, they are objectively evil in relation to God who is objectively good.

This opposition between Hitler and God has to be explained because God supposedly created Hitler. God created everything without any competition and God continues to govern everything without any rival. That would be fairly orthodox theology for Judaism, Christianity and Islam at least. So from whence did Hitler’s Evil come?

The classic answer to this question is “free will”. By saying that Hitler is free to choose, independently of his creator, to be good or evil, God is relieved of responsibility for Hitler’s decisions. Free will is ultimately a creation of God’s and ultimately a good thing (like our nervous system) although in Hitler’s case it wrought terrible consequences. Creation is still generally good so God’s goodness is preserved.

The concern that springs from this answer is that free will essentially says that we are rival creators of the world. God is no longer completely in charge because Hitler’s choices determine such things as whether there is a holocaust or not. At first this doesn’t seem like a huge problem; God can still intervene decisively in the last days to render all our evil works for naught. God’s control may be only suspended. However this actually creates two significant problems for theism.

The first problem is how free will creates an existential challenge to God’s sovereignty. At the end of time all of us may be singing God’s praises regardless of our free will. However, free will would still mean that at least two possible choices exist - we chose to be there or we were compelled. Even though the external look of the outcome of history can be God’s choice a free human will would determine the internal nature of the situation beyond God’s control.

For some people if God isn’t absolutely sovereign then they can’t be God. Essentially such a person is saying there must be an ultimate law of the universe and they will worship that, whatever it is. If God doesn’t overrule even free will then God won’t get their worship. I think there is something shallow and self-serving about sucking up to the winner of the universe. It would be more dignified surely to worship a useless idol if that was all there was in the goodness corner. But for these people who must worship the “true” (as in actual not only rightful) king, free will is untenable. The existential challenge to God’s sovereignty from free will obliges them to deny it.


Unfortunately with free will no longer present as a solution to evil then it is God’s goodness that becomes weakened. If everything from the holocaust to child abuse becomes a part of God’s plan then God’s goodness becomes inexplicable (and not dependable).  This places God beyond goodness and evil by any normal reckoning of the words. They end up in a conceptual space I think of as just Godness. Again I struggle with any reason for worshipping such a God. I feel indifferently towards them.
The second problem of free will is the loss of the comfort that theism is supposed to provide. The world, not just its ending, is supposed to be happening according to God’s will. That means that when you are holding your breath in an attic while the Nazis search for you, you should be able to suppose that your fate is in God’s hands. That the world is being shaped by the loosed free will of humanity is not reassuring. It can give the impression that God is absent which is essentially not theism at all. 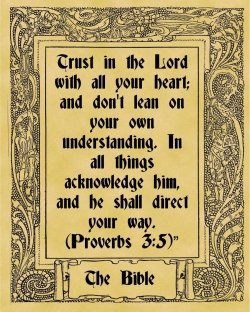 This problem can be resolved by an understanding of God’s presence where evil is, but not in a powerful or controlling way. This is the theology that God suffers when we do. If they respond to evil it is through us. In its extreme form such a God has the sort of presence that a non-theist wouldn’t necessarily be able to take issue with. They are not determining events so much as sharing in them.
What the theist has over the non-theist in this situation is the faith that eventually and subtly their God will win; that even in the midst of evil we can expect good’s victory. This is based on the idea that humanity has been created to fulfill a good purpose and that therefore evil is contrary to how the world “works”. Our own efforts only work when hooked into that purpose by following the good God. The non-theist can’t say that Hitler is fundamentally un-natural as easily. The non-theist doesn’t have a moral created order to compare Hitler to.

This doesn’t entirely leave the non-theist with the belief that Hitler is the embodiment of just a different rationalism or even what nature orders. There are ways to say the Nazis were ignorant of a practical reality or acting illogically. This can give the non-theist the same hope that the theist has that the ideals of Nazism are unsustainable and doomed to fail.

To the extent they do this, the non-theist has developed something akin to an impersonal God. They have become a little bit pantheistic, even moving towards deism. From this perspective they must grapple with the problem of evil almost as if they were theists. Once underlying reality has any kind of moral character, moral terms become something more than subjective descriptions. The non-theist must then ask why does evil occur if goodness is logical and practical? 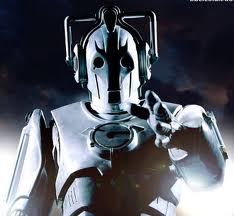 In the Western world, this faith in the evidential nature of goodness had a crisis precisely because of Hitler’s’ regime. Who could believe that human progress is supposed to be self-correcting when an advanced and cultured country like twentieth century could commit such atrocities? For that matter, what about the modern crimes of the U.S.S.R or the ? Pessimism about progress has also received support from an awareness of our planets environmental damage and more recently the slow collapse of capitalist prosperity in the West. This has resulted in a retreat for Western non-theism from moral objectivity.
There are recent signs of a recovery from that retreat, particularly in New Atheism. We are seeing more comfort with logical if not moral absolutes. It’s not clear though that this is a claim to the inevitability of Atheism’s success or just to Atheism’s rightness. It is the linking of the two that would indicate a fundamental moral order to the universe. That would suggest a new understanding or a forgetting of our post world war two lessons about evil.

Personally I don’t think we can rely on the universe containing any logic that will ensure evil’s demise. I think it is even up to us to say what is evil. It may be effective to pretend we are speaking for an underlying reality or logic or even a God when we name what is evil but I suspect we probably aren’t. For me evil is ultimately a subjective term. Hence I don’t have faith that good will win, just hope.

*I wonder if there are other lovely people with the name Adolf Hitler whom I obviously am not referring to. You know who I mean. Also if you don’t consider the Adolf Hitler I mean to be either subjectively or objectively evil (or even just really bad) this might not be the blog post for you.
Posted by Tony at 8:37 PM