Yes, this is the title: The Virtue in Stating the Obvious.

A writer doesn’t want to communicate the obvious. Readers experience such writing as a “point being laboured”, with all the painful and drawn out connotations of labouring and none of the positive associations from reclaimed feminist narratives of birth. Encountering the obvious in an essay is not sharing in the all-in-good-time emergence of an idea but rather having a band-aid being removed by nothing more than time. You just want to rip that sucker off.

This affects our discussion of a lot of problems in the world that might just have apparent causes. It encourages a style of analysis which is more sophisticated than necessary.  That style tends to muddy and confuse issues by attaching them to conflicts that are removed from what concerned us in the first place. I find that offensive because it takes something beautiful – a person’s concern about the world – and clouds its vision. It usually blunts the persons drive to act on their concern too.

This blog has previously championed naivety as a virtue of theology. Here I want to champion the same spirit as an intellectual virtue in the doing of history.  If you experience an outrage over something in the world then rather than substitute some larger concern for the immediate issue I propose staying with what initially bothered you. There will be allies and actions in that location that make more sense than in some broader dissociated cause.

Example 1. The Holocaust as political hand grenade.
We are disgusted by the Nazi Holocaust of WW2 in which approximately six million Jews were killed. Approximately five million non-Jewish victims were also targeted due to ethnicity, disability, sexuality or just refusal to publicly endorse the Nazi regime.

Clearly nobody wants this tragedy to be the fruit of their philosophy and so it is often allocated to the other side in a range of debates. Creationists have described Nazism as an outworking of Darwinism. People against the state– in its control over guns or its perceived coziness with or opposition to religion or even bizarrely in its broadening of public health insurance – have linked these things to the Holocaust.

Captain Obvious says however that the Holocaust is outrageous because it involved the unjustified mass murder of people for aspects like race, disability and sexuality or for dissenting from their government. These things can all be opposed far more directly than suggested by either Creationists or the Tea Party’s analysis.

Example 2. The Abuse of Women
Sexism especially gets my goat as a father of a daughter and lover of a woman. That ranges from the belittling and objectifying of women found in “lingerie sports” all the way to the brutal murdering of women in supposed honour killings. It also includes the spiritual damage caused by teaching submission for women under men in many philosophies. It includes the narrowing of girl’s play by companies like Lego. I could go on. 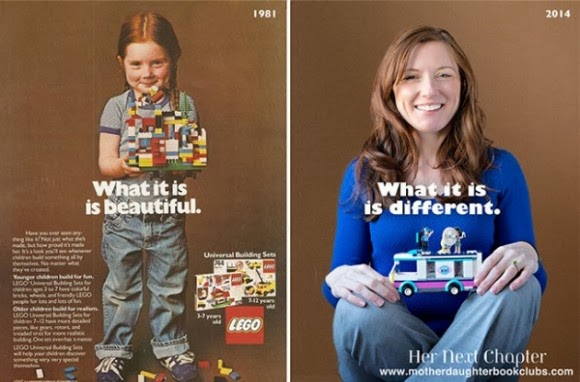 The outrage I feel at this treatment of women is spontaneous rather than rational. Such treatment assaults what we know of women’s depth and worth either because we are women or we know them. That spontaneous insight and resultant fury is a huge temptation for other agendas to co-opt.

Atheist movements popularly attach our revulsion at sexism to their opposition to religion. They do this by focusing on those abuses of women that find some religious justification. To the sorrow of feminists in those religions they don’t have to look so hard.  Meanwhile some religious people identify the exploitation of women in the sex industry as a symptom of godlessness. Their work in rescuing people from sex-trafficking is inspiring but they ignore the sexism of their own spokespeople and in their own churches. They also make an unnecessary requirement of their own religion as part of the solution.

Captain Obvious says you don’t have to either be an atheist or accept Jesus as the son of God to act on your initial insightful response to the abuse of women. You can simply engage with feminism, an entire movement which centres itself on the principle that women are of equal depth and worth to men. That was the principle that undergirded your outrage and its perfectly fine to stop your analysis there.

Just like with the simplistic assessment of the Holocaust this simplistic assessment of sexism doesn’t leave you with nothing to do. There’s a whole range of actions that can be taken directly on the abuse of women. Support the White Ribbon Campaign or a Reclaim the Night March. Challenge how power and authority is shared around you (and by you). Support women’s sport. Alliances around those actions might include people of religious faith and atheists but only those of both opposed to sexism.

On the other hand if you allow yourself to fall for a more sophisticated analysis – that the real problem is something larger than your initial concern – then you are likely to find yourself in alliances with at least some people who simply don’t care about sexism towards women.  Then your effort for your concern may be undone by those “allies”. Such betrayals are common; the prosecution of the Iraq War revealed that when gender issues are used disingenuously by others for their agendas then those issues will be the first to be traded away.

When our response to something like racism or sexism just stays with the topic of racism or sexism it can get denigrated as naive. Such denigration is often allowed to stand because there isn’t a lot to say against it. It’s hard to stand up for the apparent. This post has risked being boring in order to do so.  Sexism or genocide are not necessarily other than exactly that. Such crimes can be opposed directly.

If our analysis is too narrow we will discover that when opposing sexism and genocide we find a common foe for all; a common principle to injustice. This wont however need to be justified by sophisticated arguments. It will be apparent from experience. In fact the more arguments needed the less likely a common foe is real; the more likely it is an attempt to co-opt you.

Captain Obvious says our common foe will probably be something very unsophisticated; like the desire to hurt other people and the excuses to permit it. Let's hope we're naive enough not to try and make more of it.
Posted by Tony at 5:09 AM No comments: