Between moral chaos and the law.

Sometimes arguments about society and its laws introduce a binary choice: either the unchanging mandates of biblical Christianity (or at least deference to that source of authority) are upheld or moral chaos will ensue.

This argument features in discussions about gay marriage where the suggestion is made that if we permit gay marriage then we have nothing to stop us condoning pedophilic marriages too. It’s a disgustingly simple argument which is heartbreaking for gay and lesbian people to hear over and over again. But that is just one example of the broader argument: 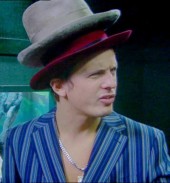 “Without the solid rules of the Bible as a foundation for our society then anything and everything can be permitted. Democracy must fall if the bible is forgotten. Murder would have to be tolerated. People will wear two hats. It will be lunacy and destruction.”

Now there is a lot to argue against this. Firstly, not everyone in a non-biblically influenced society has brought catastrophe to their civilization. There are plenty of extra-biblical indigenous societies which can’t be dismissed as doomed. Secondly, although numerologists began numbering we have been able to ditch numerology from schools without ditching arithmetic. We can keep public hospitals without keeping a belief in faith healing or Paul’s teaching on women’s hair in the same way. Thirdly, Biblicism has not been a very good guarantee of pro-social behaviour. The Brethren currently claim to be biblical and are a bunch of tax-dodging, family-court defying cultists. More generally the nominally Christian west has been a pillaging psycophathic coloniser which runs greedily into energy crisis after energy crisis. It’s a bit early to call its success on biblical principles.

I’m not going to spend more time in this post on those arguments however. I’ve made them before, they are pretty obvious and in my experience people over a certain age who can’t think of them are generally unwilling to believe them anyway. There are definitely Christians who know them and could make such arguments much more calmly than I to their peers as well.

What I want to ask is not whether this binary is real (it clearly isn’t) but whether Jesus himself or his early followers would have been charged with facing a similar binary. Jesus broke with many of the Jewish rules for life. He did this in a time when legalistic purity was one of the ways Jews were protecting their society from becoming Roman and essentially pagan. 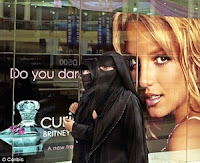 In fact a good picture of the state of Jewish identity in Jesus time would be the state of Muslims in somewhere like Palestine/Israel today; occupied, vilified, under martial law and very clearly second class citizens in their own holy land. In such a context the binary I described becomes tinged with deeply wounded ethnic pride; people who don’t hold to cultural laws in all their unfashionableness are viewed as cultural collaborators with their oppressors.

What is different in our time is that cultural Christianity is in a much more dominant position than first century Judaism but is feeling its decline in status. The U.K. has dissolved its empire over the last century with Hong Kong it’s most recent concession. The U.S.A. is slowly ceding its status as superpower to its creditor nation, China. In both countries real wages are declining. Both countries are hardly defeated; it is just that the apex of their power is behind them, as is their period of strongest Christian identity. In our time, therefore, this binary of Biblicism versus chaos has the added flavour of threatening the downfall of empire and civilization. That wouldn’t have made sense in Jesus’ time where a triumphant empire and civilization was clearly an aspect of pagan Rome. 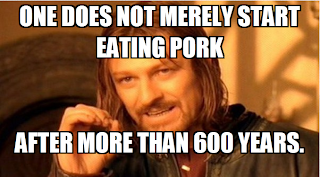 Despite these differences the culturally revolutionary Jesus movement of the first century still would have had to face the charge of bringing moral chaos to Jewish society. The early Christians were rejecting the importance of Jewish laws which were unchanged for over 600 years (if you take Deuteronomy literally then possibly up to 1200 years).  Some of that was based on the example of their crucified leader during his life (i.e. working on the Sabbath). Other laws including the requirement for male circumcision or prohibitions against eating “unclean” foods were rejected by the apostles without clear instruction from (a living) Jesus. These laws composed a covenant with an unchanging God upon which Jewish social order may be built. Breaking them would have challenged the promise of any order at all.

On top of that Jesus’ followers, as they grew in numbers, would have been seen as part of the moral chaos upon which any decline of the Roman empire could be blamed. This was in fact the basis for their persecution after the defeat of Roman forces along northern borders. Christians were even labeled atheists. They were the underminers of traditional social norms upon which Roman success had been built. (Sound familiar?)

So what did Jesus and his followers replace the law with so that they wouldn’t simply be left with moral chaos? There are two answers to this and which one you believe is a very significant division in Christianity.

By understanding that some Christians hold to the first position we can see why they appear to engage with moral issues in a Pharisaic manner. Their final word on any issue is a bible verse. Just like Jesus’ theological opponents during his life these Christians have their laws of God which cannot change and which must be obeyed. These Christians may try to hold to the Old Testament laws as well except where they have been explicitly amended by Jesus or the apostles. The fundamental moral organizing principle of the universe for them is AUTHORITY – God’s authority, Jesus authority, the Bible’s authority.

I am deeply grateful to have found in my partner a Christian who holds to the second position. For her the fundamental moral organizing principle of the universe is LOVE. – God’s love, Jesus’ love, our love. Neither she (nor I) can claim to have fully grasped or embraced all the implications of that notion. But because of her faith in it she has an insulation against bitterness and cynicism that I envy. She is a genuinely good person without all those judgmental strings that “goodness” can sometimes come with. I see all that recognized in everyone who knows her.

Personally I don’t have faith in any “real” central organizing principle to morality. Obliged to put something in the centre I put empathy but tentatively. I think morality is something we have invented for good or bad. We are still inventing. We can’t (and shouldn’t try to) stop. But I think one of our most amazing inventions of it occurred in first century Jerusalem as understood by my partner.

I think that we have in the model of the loving parent a way of imagining morality as possible without certainty derived from a text (I for one manage to parent without certainty). I think we have found a spot that is neither complete moral chaos where might equals right nor divine authoritarianism (where might equals right as well). I think it’s amazingly profound that this answer is buried in a way amongst us. In Jesus’ time and today ethical lawyer types can overlook the tacit knowledge that guides a loving parent. For them it doesn’t seem like enough to base a society on. For them it still sounds like moral chaos.

Postscript: I am aware that I have created my own binary between a morality based on love or legalism. I think it’s justified. I think that at some point Christians in particular have to choose between the two and that their choice then infects all their other decisions. It’s a common Christian understanding that you can’t have two masters.

I know, though, that many (maybe even most) Christians struggle over this binary and straddle it. I certainly don’t mean to suggest that all the “good” people live on one side of the distinction.
Posted by Tony at 9:05 PM