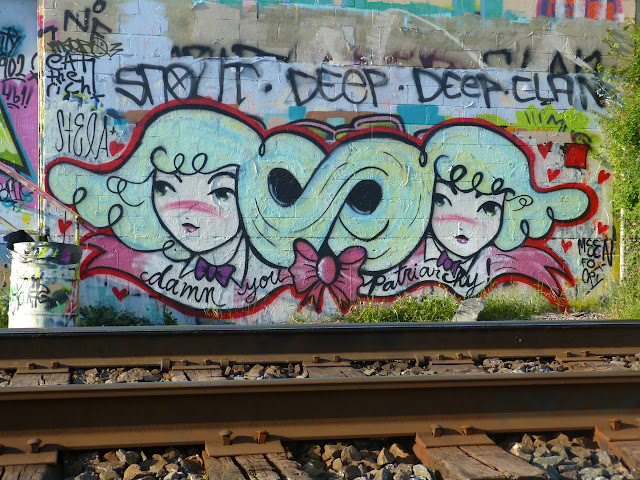 I think this is going to have to be the first of many posts exploring Feminist philosophy and theology. It’s a topic that has fascinated me for most of my life really, as a boy encouraged to take on strongly gendered roles (thanks Catholic Boys school) but never finding much joy in them.
The genesis of my return to this topic was talking to a friend of mine. They stated that they are attracted to right-wing and conservative writers because such writers seem to be more capable of connecting broader social questions to matters of personal morality. I appreciated where they were coming from because as this blog shows I am fascinated by how we can ground our moral statements and make our moral choices. I then tend to see our broader social and political challenges as built from our moralities. At the time in response to my friend I thought of G.K. Chesterton who I wouldn’t call right wing although he is fairly traditional in his Catholicism. With that as my only example I was hardly broadening his view.
To my embarrassment I had forgotten to mention environmentalism with its strong ethos of “think global but act local”. That’s a whole world of philosophy that connects the faults and strengths of human society to our core moral attitudes. However what really struck me was how I didn’t remember where the very phrase “the personal is political” originated from; Feminism. You couldn’t get a better example of something that ties together personal relationships and social problems.
Feminism routinely gets ignored in philosophy. Partly that’s because a lot of philosophers are men (such as me and my friend). Further the stereotype of the philosopher as arrogant and pompous (me and my friend again perhaps) has some reality. Any philosophy usually aimed squarely at male arrogance will therefore face a tough room.
In addition philosophy of a particular kind - analytical philosophy is its title- dismisses feminism for the same reason as it dismisses marxism or much of the anti-racist, post colonial writers. They are viewed as nihilisitic in how they empty truth, knowledge and beauty of permanent qualities. Feminism, anti-racism and post-colonialism often view these sacred philosophical ideals as tools in the service of power (ie. The Beauty Myth) The classical and analytical philosopher has instead prepared pedestals for truth, knowledge, and beauty. When Feminism disputes the aloofness of these concepts from everyday politicking it can be seen as an attack on philosophy itself.

One reason any philosopher, analytical or continental, can’t give for ignoring feminism is that it teaches us nothing new because we all accept that women and men are equal now. All philosophy of any worth follows the trajectory of absurdity to ubiquity; that is, it is originally preposterous because its outside the dominant way of thinking and it ends up being difficult to even mention because everyone assumes it so completely. Even if feminism had completely persuaded everyone of its philosophy then it would be no different to a lot of philosophical ideas - such as that absolute knowledge is unattainable. It is still very much a philosophical project to uncover these assumptions.
Regardless gender and particularly the presumptions of patriarchy remain a topical battleground. These are not resolved questions at all. Gendered difference has slowly been removed from the law in Australia. Women can vote, violence against women in marriage is illegal and more effectively enforced, custody of children does not automatically go to fathers upon separation of parents, however these are surprisingly recent changes and the cultural legacy of legal patriarchy remains strong. We barely notice womens sport in a culture that makes male players into national heroes. We have only just had our first female prime minister who is copping a far worse time of it for being a woman. Most men know of the subtle, unspoken pissing contest they have to get past in order to make a new male friend in which context women are prizes rather than contestants themselves.
Then there are voices calling for a return to more explicit patriarchy – who claim that we’ve gone too far in denying mens natural leadership of their women and children. For the most part these voices want to change society through evangelism, separatism for their communities, how they raise their kids and economic decision making rather than imposing change through the law but not entirely. These voices are not timid about declaring that what they believe about men’s duty to lead (and women’s obligation to shut up) is right for all.
From another direction we have other kinds of infantilizing of women. The prepubescent shaved look is the porn star norm. Magazines in every petrol station encourage a bimbo mentality to go with a rapacious sexuality. Even if you want to believe it’s a liberation you have to choke on the “joke” that if “women didn’t have vaginas they’d be mile deep at the tip” (from People Magazine I kid you not).
The language of our gender, our sexuality and our bodies is being contested around us in ways we should want to be philosophically resilient to. We don’t however have to look only to conservative and right-wing philosophy to find people engaging in that conversation. We can begin in the most obvious place of all ; Feminism.
Some personal favourite feminist reads of mine include;
The Straight Mind and other Essays by Monique Whittig
Look Me In Ihe Eye by Barbara McDonald & Cynthia Rich
Gender Outlaw by Kate Bornstein
Teaching to Transgress – Education as the Practice of Freedom by bell hooks
Currently reading The Will To Change; Men, Masculinity, and Love by bell hooks.
Posted by Tony at 9:52 PM