Nature and the Unnatural. 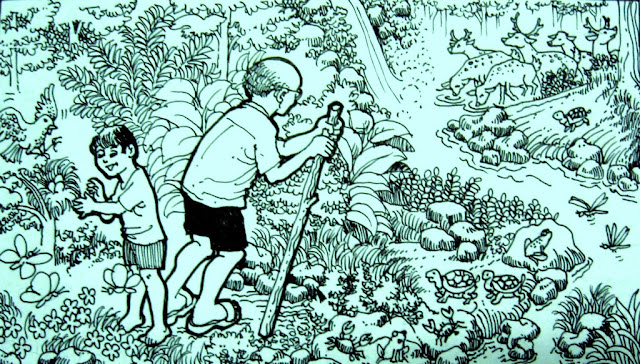 Through all the challenges our planet and the human race is enduring in these transformative times, we have such a powerful ally in Nature and more than ever, we need to be collaborating with her in all of her aspects.
(http://www.muriellindsay.com/nature-as-teacher.html)

The concept of nature as a teacher or ally has a salience to our lives expressed in the above quote by “these transformative times”. I feel, with mounting evidence, that we as a human race must resolve our relationship to nature differently, perhaps even more traditionally.

The calving of continent sized ice sheets are signs from the world of these “transformative times”. The increases in obesity in developed countries are symptoms from our own bodies of the same. “Something is dangerously wrong with our shit” sounds louder and louder all the time and it seems only a fool can’t hear it. Alienation from and antipathy towards nature is a diagnosis that makes some sense of our condition.

There’s a spiritual malaise too that focuses our attention on these material signs and symptoms. We don’t feel well. Sure, it begs the question to say this spiritual malaise is due to our not listening to nature. It’s uncertain if feeling the malaise precedes the interpretation or is induced by it. However that sickening sense of artificiality I feel in the middle of a mall is privately convincing our society has some kind of a problem with nature, as is the healthier feeling I get when bush walking.

But then we encounter our problem of definition. Is a mall really something unnatural in contrast to a preserved stretch of bushland? A clearly built environment, whose light hides the stars at night and whose concrete covers the earth, is still the consequence of choices which could be called natural for humans to make. And if so, aren’t we nature too, as much as trees and kangaroos? Nature, in its broadest sense, can lay claim to be whatever is.

Talking to my five year old by the way, her definition of nature excluded angry stray dogs. Nature was in her words, “everything that was around us and nice”. She initially included as nature cars but then doubted that, houses were more natural, rubbish on the ground was definitely not and trees were nature’s best representation. God was a part of nature too.

In the “adult” conversations I’ve had on this topic, the tendency has been to accept that everything is natural. To justify calling anything unnatural (or supernatural for that matter) we have to do two things. We have to have a source for it, or a logic for it that is outside of nature. Secondly we have to retain that outside status. We can’t allow our concept of nature to grow to include the unnatural.

My adult friends weren’t generally willing to do these tasks with anything my child considered “unnatural.” No-one seemed willing to say that a car or a mall has a source or logic outside of nature and that we shouldn’t ever increase our concept of nature to include that source or logic. Human psychology and society in all their forms were accepted as natural.

To put this another way, most people I spoke to accepted a monism of nature. A monism is something which is indivisible. The effect of this is to render impossible appeals to nature:
“An appeal to nature is an argument or rhetorical tactic in which it is proposed that "a thing is good because it is 'natural', or bad because it is 'unnatural'". – Wikipedia

Instead if nature is a monism what makes sense for us to do is to view morality as something imposed onto nature from outside it. As an example the polio virus is natural. It naturally infects children who naturally suffer for it. However the eradication of polio is good (and also natural by the way). What makes the eradication of polio good are values which we give to events which don’t belong to them in any essential way. Specifically we call the suffering of children bad even though it is as natural as anything else.

By the same logic the extinction of tigers is natural. If we are to say it is a bad thing then we have to justify this in a way that doesn’t belong essentially to tigers or the world. We have to create the value from elsewhere such as our enjoyment of tigers or a tiger’s usefulness in their ecosystem, which then must relate to something else of value to us. This is the point where I begin to question whether we have gone astray.

A refusal to deify nature and to identify anything as unnatural helped us with the polio situation but it seems to miss something with the tigers. We seem to be forced down long paths of utlity measuring to say why tiger extinctions are wrong when more useful language lies in my child’s vocabulary. We seem to have gotten to this point because we are unwilling to complete two tasks – to have a source for something or a logic for it that is outside of nature and to not forbid our concept of nature to grow to include this.

I think this is not a decision we have properly investigated. I also think this is a cultural phenomenon which it is very interesting to imagine undoing. Imagine if we did have a conception of an unnatural logic that was seen as different to a natural logic and we refused to incorporate it into a natural logic. As an example we could identify capitalism as an unnatural culture and deny it the same status as natural. We could declare it foreign to the “real world”. Those are the kind of steps we might need to take for the quote at the start of this post to make robust sense.

Are they impossible steps? Would we be better off or worse off for attempting them? I think our reasonable fear is that we will only be fooling ourselves; that all appeals to nature are based on romantic misrepresentations of nature. After all is it evident that capitalism is unnatural or natural? Are we just making an entirely random declaration and if so could someone else equally declare that reading or women in the workforce is unnatural? Is it better given its potential to oppress and hamper common sense to declare the language of natural and unnatural an off-limits moral rhetoric?

Certainly if we are going to come up with a pejorative idea of unnatural we need to do more than derive “natural” from simple observations of nature. If we do that we may end up modeling human behaviour on that of other species which is never going to fully work and in some cases will be just ridiculous. Should we pick off the weak like a predatory cat? Or be as patient as a tortoise?

Natural and unnatural will need to be fairly complicated concepts if we do employ them. They have to speak to everything we feel about the sickness of our lives, the upheaval of our planet’s climate and ecosystems and still retain a sense of who we are as particularly human animals with our human concerns of justice. I share the belief with all the people I spoke to that this is not an easy definition to come up with. Maybe we should just deconstruct “natural” as a propaganda tool without any real hard meaning and leave it at that.

However if we do merely deconstruct the concept of natural with no reconstruction will there be any way of saying that the things which are “around us and nice” matter in and of themselves?  Will a tiger in a computer game be as good as the real thing? Or better even for being safer? In this matter I feel like consulting my five year old is probably the best idea I’ve had on this topic. For her, language is something she is unsure of and prepared to renegotiate, partly at least to feel well with the world. That’s why I want to give the idea of nature as a teacher or ally proper consideration even if it upsets my "adult" thinking. Language ought to be subject to our needs for wellness, not the other way round.
Posted by Tony at 8:40 PM