How to be friends with Jesus. 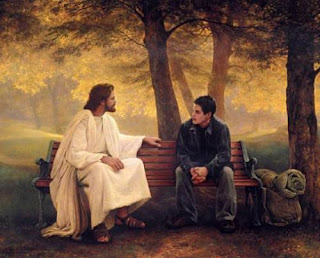 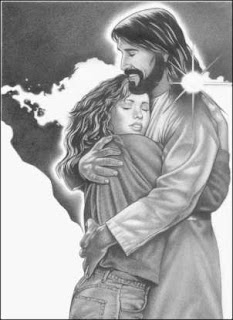 Christians want to know their God. More than any faith perhaps, the longing for intimacy with their God drives their spiritual practice. There is the slogan; “Christianity is a relationship not a religion”, and there is letting Jesus into your life, even your heart. The Gospels record Jesus asking his disciples to pray to God as their father. However even more than the father it is the close big-brotherly connection with Jesus that most Christians either crave or enjoy. The means of that connection are one way to distinguish different Christianities from each other.


Pentecostals seek Jesus in spiritual ecstasy. The path is sensual and direct. It is therefore reminiscent of the medieval mystics who used mortification to distance themselves from the flesh that kept them from God.


Pentecostals don’t hold to the medieval dualism between spirit and body however so fasting and scourging are not for them. Instead they hold to a dualism between faith and reason. Reason is human pride. Faith is trust in God. Hence the Pentecostal path is as deliberately anti-intellectual as the self-flagellants were anti-physical. Speaking in an unintelligible language of worship they call tongues is a gift from God. The Bible’s plainest reading is sufficient. Let it "hit" you with the truth. It is the immediate wordless experience of God’s most ineffable form, the Holy Spirit, which best fulfils the Pentecostal desire for a relationship with Jesus.

Catholics and Orthodox Christians seek Jesus primarily in the communal completion of the sacraments. The sacraments are rituals, some of which are traced back to Jesus. They are considered timeless in the same way that Christians generally believe that Jesus died and rose for all humanity; those who died long before 1AD and those who live today. Sacraments bring those who practice them into an eternal time when Jesus’ life, death and resurrection is now.


Catholics and Orthodox Christians don’t dream of the type of individual and unpredictable relationship with Jesus that is emphasized in pentecostal churches but its wrong to say they are not seeking anything personal. Being a person is just not achievable in these traditions on one’s own or even alone with God. A person is distinguished from an individual. It is in common practice with those of the present and past that one attains the personhood to relate to God personally at all.


Reformed Christians for the most part dispute the sacramental knowledge Catholics and Orthodox Christians claim. Lutherans are the exception here. For other reformed Christians the sacraments are purely symbolic – they point back to the text they are drawn from but do little else. This text, the Christian Bible, is the primary way that reformed Christians relate to Jesus, and to individually do so is possible. Even when Lutherans combine Biblical understanding with some sacramental knowledge they still privilege the individual coming to Jesus.  Reformed churches are built around doctrines drawn from the Bible, but unlike for Roman Catholics, if the community of church were to fall away the doctrines can still stand on their own.


Even doctrines can fall though they seldom do. What mustn’t fall for the Reformed Christian is the Bible itself. Most Reformed Christians believe in some form of “cessationism” – the explosive direct experience of God as Holy Spirit is deemed to have ended with the apostolic era of the church. So only by reading about such experiences of God can reformed Christians share in them. To the reformed the loss of the bible would mean there would be no experience of Jesus for this age, no Christianity at all.


This does not mean that for the reformed their God is silent now. The Bible is not seen as merely a human record of events or even as a letter that God has left behind. It is itself a timeless speech act of God. Reading scripture is akin to the Catholic sacraments. There is even a sacramental idea of preaching from the bible. To speak of and from the bible’s message is to be a mouthpiece of a living God, speaking in the now.


It is particularly the “Gospel” that enables reformed Christians to have a relationship with Jesus. The Gospel is the chief ideas of their bible according to reformed Christians. This focus on ideas makes them the most intellectual of all Christians. They are the scientists of theology. Like material scientists they can seem detached and clinical to others. All scientists however are driven by a passion for their subject and feel they possess an intimacy though understanding that they see lacking in others. Reformed Christians with their detailed investigations into the exact words of the earliest bibles are no different.


Christianity is a historical religion. It is based on events in time – the life and death of Jesus. By one reckoning these events are long passed. For a religion that longs for a relationship with Jesus, that could be fatal. Christians overcome this in different ways. Pentecostals connect to the history of the early church through the continual working of the Holy Spirit to this day. For the Orthodox, Catholic and Reformed Christians it is as though time is folded so that the ‘then’ of Jesus time is now for the believer. The means to make this fold are either sacraments, or God’s speech of scripture, or both.


I’ve written all this to put in context the “magic book” treatment of the bible by reformed Christians. This is something I think is intellectually inconsistent, against the spirit of Jesus’ teaching and one cause of sin. However I need to realize it is not easily dispensable for Reformed Christians. For some it is the exclusive way of having a relationship with Jesus in a religion which has made that relationship the definition of worship and belonging. Under those conditions the loss of biblical absolutism would be the end of some people’s faith.


Perhaps one path forward lies with a growing type of Christianity called Emerging. All types of Christianity no matter how newly rediscovered claim to be the oldest and original, and despite its name the Emerging church is no different. Its emphasis is on the emulation of Jesus’ life as the path to relationship. There is a belief that the gospels can only give us general principles which we have to actively apply now using the attitude of Jesus. It is by living out the attitude of Jesus that we can participate in a kingdom and a salvation that is always being incarnated, crucified and rising again.


This is a sacramental idea of the “work” of Jesus. A Catholic or Orthodox person might receive a blessed eucharist as something transformed into the body and blood of Jesus. An emergent Christian cooks up rice and veggie curry and brings it to a communal meal, seeking the underlying principle of communion rather than the precise replication of any ritual as a way to connect with Jesus. God is experienced in the work of forgiving, tending the sick, proclaiming an ethic of justice and by self-sacrifice for that ethic.


Emergent Christians do not tend to see the bible as an ongoing speech by God. They don’t need to because there is something continual in the work of Christianity that hasn’t ended. By participating in that work the history of God continues. Emerging Christians might say that the bible is a story that their life attaches to at the end. The Bible is the preface that makes sense of their life rather than an overlay over it. The is still emerging, hence the name and exactly how it will look is not exactly known.

This piece uses labels and generalises about them. Labels don't have static and universal meanings. If you use differently a label I've mentioned (ie Emergent or Reformed) feel free to comment on that difference. Unless people are heavily invested in the arguments amongst labels they usually aren't exclusively one thing or another either. The labels and paths to God I have covered may overlap in the life of a single Christian. Others might not find any that fit. I have tried to be atleast broadly accurate in my use of them. My purpose is to illustrate the function of biblical infallibility and what could replace it.