The end of the world.

The end of the world is nigh! This is not just a claim made by the ancient Mayans for the coming 21/12/2012 (or rather by modern hacks interpreting the ancient Mayans). It’s a claim made by people using the language of a host of religions. It’s also a claim made in scientific language, such as predictions of cataclysmic climate change effects, or an evolution of computer sentience or apes. In the social sciences, dystopian ends of history are proposed as the consequence of the trivialising effect of social media, the death of the book, the rise of individualism or its demise and so on.

Some of these ‘end of the world’ scenarios I dismiss without consideration. Others I consider possible. Others I believe are inevitable on our given path. However, do I have any basis for believing in one over the other? How can we believe or not believe in such predictions, or for that matter, any predictions?

This is not a small question because we make predictions all the time. On the simplest level we might notice that this follows that over and over again. The next time ‘this’ happens then we expect ‘that’ to follow. The often-labeled father of modern science, David Hume, recognized that this process of prediction from observation, called induction, underpins a way of learning that he called empiricism – essentially the study of our sense-data (sights, sounds etc).

Empiricism has produced a much more rigorous science than what preceded it. The scientific experimental method relies on it. However as an epistemology (a theory of how we can know things) it raises many problems. The problem with induction, which Hume recognized, is that while observation can reveal a pattern in how events occur, only assumption can lead to a belief in that pattern’s continuation. Put simply, we can observe a hundred times that day follows night, but we still haven’t observed that the sun will rise again the next morning (until it does). 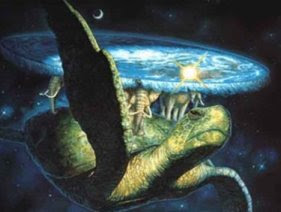 This corresponds to a deep emotional need to really know ourselves and the world around us, especially other people. Remaining at the place of simply recording our sense data without assuming what produces it is unsettling and alienating. We have a human need to go beyond just describing what we observe to try to connect those observations into a story of reality.

This emotional appeal of describing reality may come from its practical purpose. Our descriptions of reality have a timeless aspect, not bound to any few examples. It is one thing to merely know that night has been about seven hours long for as long as you can remember with seasonal differences. It is another thing entirely to know this is because the earth spins around the sun. Such reality models can be subject to new and experimental conditions in just our mind – thought-experiments of a “what if” nature. That enables us to be predictive of new situations. We can intelligently guess what a day on another planet might be like.

This is the kind of modeling that underpins climate science. Modern humanity has never directly observed a rapidly heating earth before but the reality model we have developed of our planet’s climate systems allows us to try to predict what will happen.

We can also borrow and trade information between models of reality. What we know about how the earth moves around the sun can be employed to orbit a space station around the earth. We can even use this information to find planets in the night sky. None of this is achievable if we simply look at our observations of the length of night as just observations of the length of night and nothing else. It can only occur if we believe in a singular reality producing our observations.

Underlying pictures of reality also enable us to imagine end of the world scenarios that we haven’t directly observed. The most obvious one of these is our own death. This is a personal end-of-the-world scenario which we all can predict based on what we believe to be the underlying reality of our body, a reality that is shared with all the people who have died before us.

To the extent that I find an end of the world scenario plausible then is the extent to which it comes from a picture of reality that seems to work. What we understand about greenhouse gases role in retaining heat is evident in small versions of atmospheres. There seems to be a very robust story of reality underpinning the global warming predictions. Less certain are such impacts of global warming as where rain might fall or how tropical diseases might spread on a warmer planet, but even there we have some current images of the singular reality that will underpin these changes.

There are some end of the world scenarios that we remain blind to. These are the ones which are such a fundamental break with what we perceive as reality that we can’t predict their possibility. This includes ends like the accidental creation of a time paradox in the Large Hadron Collider for example. In such situations these are entirely new causes of our demise which would have gone on to affect our picture of reality if we hadn’t all ceased to exist because of them.

The same is true for miraculous and unique events like the awakening or return of an angry God that we can’t currently perceive. If Jesus returns and wallops us all then I will be flabbergasted to say the least, but no more so than an evangelical Christian would feel if Zeus did so.  If the race of aliens that created us returns to cleanse the planet and start again only a few Marvel comic book fans will be unsurprised.

When it comes to the Mayan calendar ending, and those who claim this means the world will end as well, there isn’t any kind of reality picture underlying it at all. There isn’t even a theology or metaphysics which I disagree with that explains why or how this would happen. Those who enjoy spreading the story do so generally out of fun. I can’t imagine how it could be taken seriously and I don’t think even saying I dismiss it captures my own lack of consideration of it.

I’ve even planned a Christmas party for the 22nd. 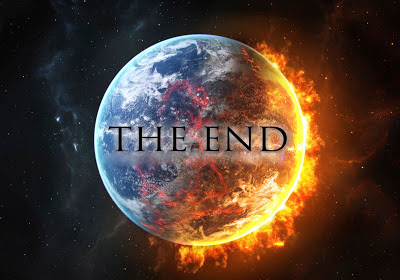 Email ThisBlogThis!Share to TwitterShare to FacebookShare to Pinterest
Labels: apocalypse, empiricism, end of the world