A dialogue on Eeeevil. 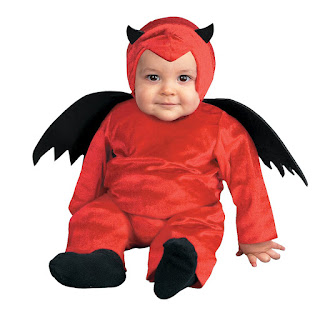 My last post discussed "The Problem of Eeevil". My brother Simon wanted to reply to the topic but as his reply exceeded the word limit he published it on his own blog. My reply to my brother was also too long for any comments section so here it is as its own post.
It's always very exciting to discuss these issues further. It lets me clarify my thinking even if only for myself. I hope that's not too self-indulgent for any other readers.
I also get to spell out that I'm not really trying to set a logic trap for God, I think the problem of evil is a problem for objective morality ultimately. Further I think there is no easy solution. As my brother points out subjectivity has its own problems too.
Lastly one thing that lies outside both my and my brothers positions is the idea of a plurality of Gods which aren't absolutely Good. Basically we're both pretty much throwing the Pagans in with the non-theists in these posts based on our definition of theism. Ummm...sorry?
____________________________________________________________________
Simon,
I am prepared to accept that the definition of evil is opposition to a perfect Good whom many including yourself (I think) call God. I realize I’m paraphrasing you here but it’s to relate it back to my post.
I don’t think this means that evil’s existence ceases to be a problem. The problem becomes where does “the will to oppose god” come from? Is it our invention? Did we think it up with our imagination? Does it issue from a rival God like power? Or paradoxically from a perfectly Good God themselves?
You see my question isn’t just why does God permit opposition to Good (evil) but how do we understand its source. How we can say that opposition to Good/God comes from a source other than Good/God and also say “God created everything without any competition and God continues to govern everything without any rival.”?
To express all this in a way you might be more familiar with, it is sometimes said that "our heart" is the source of our opposition to God. But is our heart capable of originating anything, of actually coming up with something new on its own? Is it a source? Or does everything only have one source in God?
Now firstly I need to say this isn’t and can’t be a fight between theists and non-theists. I make the cheeky and sneaky claim that once a non-theist moves away from moral subjectivity to moral absolutism then they have become a kind of theist (pantheist or deist). They can question the existence of evil but they also have to answer it. I also say that if a theist accepts that God doesn’t control the unfolding of history except through us then they have the kind of theism than a non-theist shouldn’t be bothered objecting to. I could also go further than I have and say that if the supreme rule of the universe (God) is not a moral character then they become a bit like physics and less like theism. Such a God is morally at least uninteresting. Let’s test them with science and be done with it. These are all bold claims but designed to show that these two opposites (theism and non-theism) essentially meet around the resolution of this issue. But where they meet is at different points.
To the body of your post… I think you are playing a bit of sleight of hand with the concept of free will. Perhaps it would be better to use the word “choice.” We do only hold people accountable for actions if they have made a choice.
So if we concede that people have choice then I set out how Good/God’s sovereignity is compromised by that in two ways. First by the internal nature of our relationship to Good/God;
“At the end of time all of us may be singing God’s praises regardless of our free will (choice). However, free will (choice) would still mean that at least two possible choices exist - we chose to be there or we were compelled.”
Note I have given God more power here than you seem to have. You seem to suggest that God’s sovereignty is unchallenged due to their capacity to hold us to account for evil choices but that is only power after the fact and only to punish. In such a situation we humans could radically change the end of history by all choosing to go to hell to spite God.
Secondly I raise what God’s sovereignty means to us – that our fate is in God’s hands. This is at stake if evil is a choice. If we believe God has ceded control to human choice even if only temporarily then our position is experientially no different to someone who doesn’t believe in God. Good/God is absent and cannot be relied upon to save us.

I do state that there are solutions to these issues. I am not proving God is impossible here. In fact I pretty much give a nod to a position I don’t hold but admire; that absolute goodness (God if you will) is deeply present in the world but not directly powerful.
As to God’s goodness the question I’m posing isn’t so much about why is God permitting evil as whether or not God is authoring it.  Did Hitler and co. come up with the idea of the holocaust in opposition to God’s plan for the twentieth century (and God wept) or did God come up with it? If the Nazi’s came up with it independantly of God then, at least in terms of those affected by it, God is not the only creator of human history. If God came up with it then God’s goodness is weakened considerably. 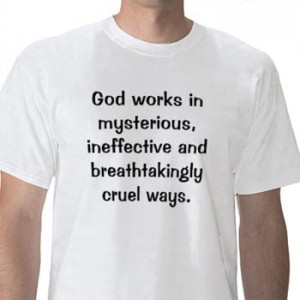 Now you may say that God’s goodness is unweakened by their being the author of the holocaust because our standards of good and evil can’t be thrown at God in that way. In which case you are standing in the middle of the nazi crowd yourself unable to say this is evil; the position you put me in actually.
Now the other bold claim I make is to say that even just calling Good essentially logical (or common sense) is to put non-theists in the same predicament as theists re: the problem of evil. It is perhaps wrong to say that this leaves them with only moral subjectivity as a solution. I could possibly come up with as many varied answers as I did for theists.
However it is precisely the realization that it is possible for educated, well fed, church going citizens to stand in the midst of a nazi crowd and call it good that caused Western philosophy to acknowledge the terrible truth of moral subjectivity. What was even more heartbreaking for atheistic left wing intellectuals were the horrors of Stalinism. Nobody wants to believe that their moral opinions are the consequence of their crowd but it’s historically evident that they can be. This is why I continue to plead for empathy over any moral system of statements about what is true evil.
Basically Simon I agree you stand on firmer ground when you believe that moral statements are discoverable facts. It allows you to "know" that all manner of things are either right or wrong. Perhaps you even feel that matters of degree such as how much we give to charity or spend on our luxuries have a morality that is a discoverable fact as well. It certainly indulges our instincts to feel that way. The alternative is a self-questioning shaky ground.
As you rightly point out it is a place with many problems…to quote you;
“…Why fight evil if it doesn’t really exist? Why do I feel that evil and right and wrong does exist if it is just an illusion? Am I comfortable with the idea that my concept of evil may just as well be good in a different time or place or culture? If there is no God then where is there any hope that evil will not win? If there is no God where is there any hope that evil will one day be fully dealt with?”
Once we see that our moral objectivity may just be a tempting illusion that’s exactly the rough road ahead .
Posted by Tony at 8:36 PM