The Good Place reminds us of the offensiveness of afterlives. 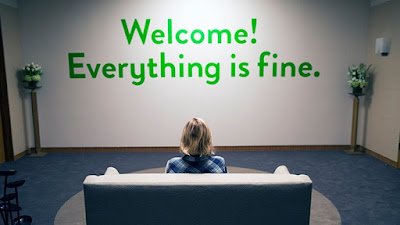 Recently the series “The Good Place” came to an end. For most of the series audiences seemed happy to laugh along with it as it depicted a flawed system of determining who dies and ends up in the bad place, the good place or somewhere in between.  “The judge” character came closest to some kind of God for the series and they were pretty much an object of good humoured ridicule but this was still not a problem for theists I know. The final episodes however rankled some commentators. I think this was because the whole series, despite being ostensibly set in the afterlife, played like its plot was a continuation of life. The real afterlife, meaning that which happens after the drama of life is complete, is only glimpsed at the very end and, as I’ve titled this piece, descriptions (and depictions) of the afterlife have the capacity to offend us.

Afterlifes are often but not always systems of reward and punishment. When they are set up like that what they reward or punish is potentially offensive even if we don’t believe in the afterlife. If you were sitting down your children and telling them that only the eldest would get into heaven and the other would go to hell I would be offended by the injustice of this and as a second child some of that offence would be personal too. It is as if somehow I was going to go hell because of what you said, even though I don’t actually believe I will. My thinking here is not foolish. Even if I only believe in this mortal world the impact of such an afterlife description on your second child is real in this world. Calling it emotionally damaging seems too slight. Spiritually damaging seems fairer. I am right to be somewhat offended.

In its final season The Good Place replaces that punitive system with what is essentially a therapeutic model. Instead of the old bad place, people go through scenarios run by rehabilitated demons in which they grow past the reasons why they caused harm with their lives. Its not so much punishment as it is treatment for human toxicity. The conclusion is “universalist” in the sense that everyone eventually gets into the Good Place. As we hear Brent arguing with his spiritual coaches we realise though that this is a longer journey for some than it is for others. Nobody is being tortured though. Nobody is forever excluded from the Good Place either. Judgement isn’t behind those participating in this system.

Christian Universalism is a belief within Christianity that everyone will be reconciled with God at some point. While it has a very long history in the church it leapt into prominence again in 2011 with the publication of Rob Bell’s book Love Wins. Due to influential commentary on the book Rob Bell gained the title of heretic in some circles and was bid goodbye by people who act as guardians of the evangelical faith. Universalism seems to me to offend people’s need for good to be seperated eternally from evil at a singular judgement point. As I don’t have that need I don’t fully understand it.

Perhaps the anxiety is that Hitler will be given a house in heaven under this system that they don’t deserve – the offence of too soft justice. However no universalist afterlife (and certainly not the one in the Good Place) suggest this is possible without Hitler first transforming into someone who any Jew would be happy to live next to. I think more likely it is offensive to people trying to get others to turn to salvation right now to suggest that there is no absolute deadline to secure salvation by. Evangelism in particular loses its bite if our death itself doesn't bring on our final judgement.

Issues of injustice centred around punishment and reward are not the only ways that afterlifes can offend us. The offence that the Good Place provoked in some commentators in its afterlife was the final obliteration of self-hood in the souls journey. At the very end of all things (serious spoiler alert...) the individual ceases to be the individual. The selves we came to know as Eleanor, Tahani, Chidi and Jason concluded their stories as they met their need to grow past self-interested survival or petty competition or paralysing doubt or simply an inability not to combine matches and petrol when left alone with them. They then, after all the time they need and by their own choice, end. This idea of an ultimate end to our self is as offensive to some people as an unjust afterlife.

Is this sad? Sometimes I find it terribly sad. Not only will I end but all the wonderful people I love will one day have no more versions of themselves in this world. You’d better believe that’s sad. But is this bad? I don’t think so. I come down on the show creators side that death, including ultimate soul death, is essential to valuing life. It is why “every human is a little bit sad all the time, because you know you’re going to die. But that knowledge is what gives life meaning.” (Series 4 Episode 12). I accept though this may just be a rationalisation of an unavoidable reality that I and others will die. If someday we can actually cure death or if an eternal afterlife actually exists I will be interested to see if that does actually turn life into a prison (with or without harps). I do think it might.

Recently I listened to a podcast in which two very different Christian spokespeople both agreed that from a Christian perspective death is bad. They argued that biblically death is not a part of the world until sin wrecks it and that the right way for the world to be is without death. Therefore they believed all death should be railed against and a world without any death at all should be longed for. From this perspective it is actually an end to the soul that is unnatural. This belief in our eternal identities is not always extended to people who go to hell. Their eternal existence is supposedly tortuous and given that non-universalists hold out no hope for their redemption, essentially pointless.  Some therefore conclude that denizens of any Bad Place will be annihilated rather than barbarically burnt without dying for ever (a theory called Annihilationism) but that those who are saved by God will live for ever.  Whether annihilationist or not the idea is that we are supposed to be eternal and an afterlife with a positive ending of ourself is a depiction that offends against that idea.

There are any number of additional ways that an afterlife depiction can offend us. I suspect the Trumps of the world would be offended by an afterlife in which there are no walls between rich and poor. People who have prided themselves on knowing theology will be offended by the lack of a doctrinal entrance exam at the end. The Good Place showed us that it is a topic people are interested in enough to devote ourselves to four seasons to. It also showed us that even when nobody is pretending its the truth the afterlife can still offend. 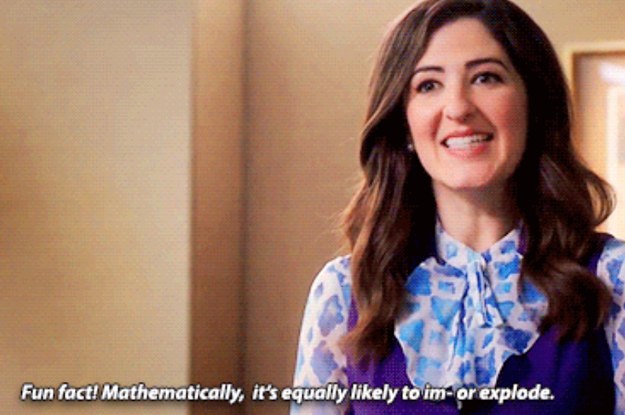