"I think spanking is mean." 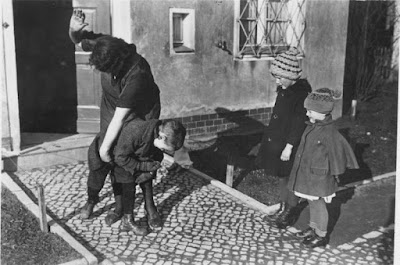 Long term readers of this blog will know I have a co-philosopher. For her privacy I refer to her simply as the kid. She’s eight now and despite her claiming to be a tween I maintain she is a kid still.

Recently I asked her, “What if I knew someone who loved their kids and who felt the best thing for those kids was to spank them, would it be ok for me to say to them “I think spanking is mean.”

I added that I did feel that spanking was mean so my statement would be an honest reflection of my feelings. After some thought the kid told me “It would be better to say, “I don’t think you should spank kids because…” and then give some reasons, because calling them mean will just make people feel guilty and bad.”

The kid replied, “If they feel guilty they’ll probably still do it and they might even do it more because they’re angry.”

This is an eight year old so I am not suggesting we take her word as that of an expert. She has only just starting watching Dr. Who, and doesn’t even have any idea about Star Trek, so we can reasonably suspect her philosophy is shallow at best. However does she have a point? Or rather does she have two points:
1) Telling someone a behaviour is mean is not effective at changing their behaviour.
2) We can and should find arguments against behaviours other than just saying that they are mean.

This second point needs to be interrogated because, the kid failed to tell me how to finish her alternative to “spanking is mean”. This is no accident. Providing reasons for moral positions is not simple. Some people even argue it can’t be done: that moral language is essential a statement of preference. This can leave us able to make appeals to empathy, i.e. “You wouldn’t like to be spanked would you?”, but leaves us with little by way of logical premises to build an objective case. Pragmatically this dilemma makes too much of the possibility we won’t share some basic assumptions that we can argue from with other people. I do however concede that strictly logical ethical arguments don’t really go anywhere and I do believe that empathy is more crucial than logic to ethics.

My other concern with finding reasons not to spank is that we often mistakenly limit ourselves to certain type of reasons. These reasons are consequences, essentially a justification of one part of our life in terms of another. For example; It is good to exercise because it makes a person fitter. It is good to be fitter because you can be a better lover. It is good to be a better lover because sex is important to maintaining a relationship. It is good to maintain a relationship because this provides a stable place to raise children (or at least garden).  The reason for each choice is not contained in the choice but in some far off set of circumstances – nothing is ever done for its own reasons.

Is there any point in this chain of consequences when you felt a bit echh? Did you wonder whether having sex “for the kid’s sake” was the sort of justification that just might have you running from the bedroom? Or does it creep you out a little that the enjoyment of jogging is treated as secondary to the benefits of jogging to one’s relationship? I think there is a disassociation involved in constantly having these sorts of justifications in our head that constitutes a betrayal of the act we are committing. Does it make sense that we can betray or be disloyal to an act? An actor on the stage knows this is so. There is something tepid and dull about a performance that isn’t committed to. A life lived according to justifications that are never in the moment seems to me to have the same distracted quality.

In contrast to this saying that spanking is mean is riveted on the moment. I’m not saying “Don’t spank your kids because if you do they will hit other kids.” In fact even if spanked kids don’t increasingly hit other kids I’m saying don’t spank them. After all if your own kid’s pain is irrelevant why all of a sudden does some other kid’s pain matter? That other kid is not even real – merely hypothetical. The encounter with them may never even occur. So how on earth does whether they get hit have more value than the interests of the kid who is actually being spanked when the decision is actually being made?

There are two problems that stand out for me  however with the statement “spanking is mean”.  Firstly its unclear what I am referring to. Do I just mean the feeling of being a bad person? If so then being concerned with the meanness of any act is arguably quite selfish. This is possibly people’s biggest counter argument against calling behaviour mean or for that matter cruel. It can sound like someone is simply wanting to live in a fantasy where they are always liked and never have to say no to anyone. This doesn’t treat other people with any genuine concern, hence the saying “you need to be cruel to be kind”. Even that can be an overstatement of the contradiction. Sometimes my children’s “naughty” behaviour is a transparent ask for some limits where I can say “it felt cruel to put her to bed so early but I could tell she desperately wanted me to.”

If this feeling of being a bad person isn’t what I mean by “being mean” what am I talking about? It’s not easy to articulate without referring to consequences beyond the immediate situation which I want to avoid. I think there is something to “being mean” about failing to identify with the other person’s personhood. Not “being mean” means rejecting the notion that the other persons fear and pain are simply levers you can manipulate: the other person has a genuine mind which has to be engaged with. In particular, meanness is unconcerned with the other minds’ enjoyment of life in a good and healthy way. Meanness dismisses this as unimportant. Calling someone mean is calling them to respect this enjoyment – to share in it even.

The other problem with saying “spanking is mean”, and this impacts on its effectiveness, is that it just doesn’t correspond to the spanker’s reality. Here the spanker may be confusing meanness with cruelty. Cruelty relishes in the pain of its victims. Meanness not so much. However still the spanker may be behaving out of a sense of gruesome duty that goes beyond just avoiding being cruel. They may not be indifferent to the recipient’s pain and fear. They may deeply dislike causing this pain and fear. In that context even meanness seems a profoundly unfair sentence to pronounce.

If this is the situation then it might be properly characterized as everyone accepting that the behaviour is mean, even if using that language would not be good politics. At least everyone would agree that without any extenuating circumstances the spanking would be mean. This is when an argument might take place that seeks to disprove  those consequential reasons that justify the meanness. However this is not the same thing as producing consequential reasons not to spank. There doesn’t need to be any benefit to not spanking. The reason not to spank remains located in the moment: It remains that spanking is mean.

This is, according to my logic, describes where arguments over vaccination also belong. Although I am pro-vaccination and anti-spanking, vaccination would surely be as mean as spanking without any extenuating circumstances. It is just that to my mind the extenuating cicumstances make it alright. Does it make sense then to say that when I vaccinate my kids I am being mean, just with good reason? I’m not sure if I want to say it does. I have to admit that an anti-vaxxer who tells me I am being mean by vaccinating my kids has not led with a convincing argument. As my kid correctly guessed it is probably just going to make me angry.

Not politically then, but philosophically, I am disputing my eight year old’s claim that we shouldn’t say spanking is mean. This is despite being immensely proud of her for an attitude which is at odds with our culture. There is a lot of calling people mean on social media today and it sets the tone for other conversations too. Labeling other people as mean also seems to provide the license to not only be mean to those people but to be outright cruel. In this regard we need to really hold on to the difference between saying that an action is being mean and saying that a person is a mean person. Some are, but not all who spank are, certainly.

On the other hand maybe I’m wrong. Maybe all I’m doing is arguing for some sort of anti-rational romanticism, a rejection of the common sense that life shouldn’t be lived only for a moment at a time. I do think there is a time for irrational romanticism to be sure. The gut knows what the head can become confused over. As we’ve seen with Australia’s horrific detention camps supposedly saving people from dying at sea, consequential reasoning can justify anything. But equally following one’s gut leads to its own excesses. Heads often roll. So don’t let me have the last word, let’s have a conversation instead. Tell us your thoughts in the comments.