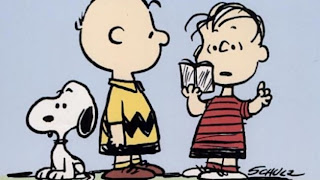 I was going to post an essay that follows on from the previous post about Solidarity. At 1500 words it explained what I mean by “grounding” human solidarity in a philosophy or theology. Then it looked at Christianity as a potential framework in which to do that.

I spent a lot of words writing about how different Christianities either undermined or celebrated human solidarity with their theology. I ended up saying that I was unsure about using Christian language to unite us given it also is being used divisively.

Unless people specifically ask for that piece I’m not inclined to post it. It mostly repeated what I’ve already said in these posts;
Are we evil? , The Prodigal Pursuit , The Real Hurray of Easter, The Prodigal God: My Rambling Response, Charles Dickens and small c-christianity  and Discussing Poverty and Greed with the Bendigo Baptists

Secondly it talked a lot about what other people think Christianity is without really touching on what I think directly about Jesus’ mission and message. There was something second hand, safe and negative about it.

This is Christianity in a nutshell as I see it. The short phrase for that is Gospel or good news. It recognises three key elements of Christianity to be grappled with. They are the incarnation, the cross, (meaning the whole of Jesus’ ministry including the crucifixion), and the resurrection. 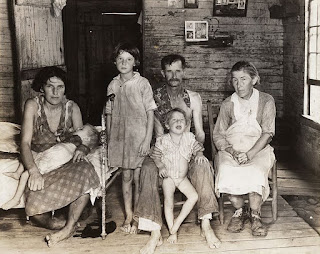 This says something about our humanity which we in flesh and blood share with Jesus completely. It can no longer be looked on as “fallen”, unembracable by God and incapable of divinity.  Our humanity is capable of housing God – not in the sense of trapping them inside us and getting them to work for us but in the sense of being animated by them like a lantern houses a flame or, even more than that, in the sense of the human and the divine overlapping. That is how I understand the incarnation. In the person of Jesus his humanity and God were one. When Jesus moved, both moved.

In fact Jesus says that he is the son of God. At that point it is not insane to say that Jesus is God. Son of God, actual God, housing God, child of God… when you’re talking about God I believe words will always only reflect one image of reality at a time rather than the full story. That’s completely true with the incarnation. It’s mysterious and miraculous and as beyond words as God them self.

Two things are clear though. Firstly this incarnation is for us too. We are invited (perhaps invited is too soft a word) by Jesus to also call his “Father”, Father. We are called and provoked to become children of God, incarnations ourselves, alongside Jesus. So that when God moves we move.

The second news of the incarnation is that this is it. All other supposed ways to know God actually lead nowhere. Most clearly of all obedience to the law is useless. We have to go beyond that. We have to be as above the law as God or we will have nothing.

Now if this theology sounds to you more like some new age power trip than Christianity then you are right. You are right so long as you hold to an image of God as a being of absolute authority and might and monstrous self-importance. That would be a natural way of understanding both God and the status of being above any law. Before Jesus we only had that image. After Jesus we have mostly reverted to that image as if he never came. If we have that image of God, a hooligan king who does whatever He (sic) likes, then certainly for us to be incarnations of God is both presumptive and toxic. To understand God correctly though, we have to understand the second element of Christianity – the ministry and crucifixion of Jesus.

Jesus’ life and death shows us what God is like and exactly what divinity we are called to share. Jesus also shows us how the law is to be exceeded. God is a god of service, of endless mercy, of healing that doesn’t require payment. God exceeds their duty with love. Even if they would be within their rights to spurn us they don’t. That is the incarnation we are offered– to do more for others than any law could ever require. 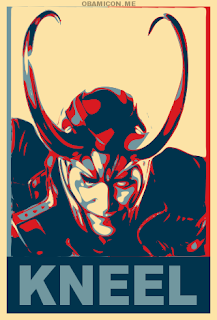 Jesus also shows us that God gets to lunch with outcasts. They don’t get the best seat at the paupers table let alone a seat in power. There are no fancy robes and genuflecting crowds as we might have imagined. What Loki in the Avengers movie seeks as his divine right is not on offer. Certainly there’s no money in being God.

If that doesn’t sound as attractive as being an incarnation of someone like Zeus with lightning bolts and bulging biceps it gets worse. Jesus shows us that as children of God we can expect persecution from those in authority and power. Most disappointing of all in the midst of that persecution God doesn’t explode with power and take everyone down Neo-from-Matrix style. God is not a kick ass action hero who always escapes. God dies. So will we.

You might be wondering two things. Firstly you might be thinking (as some always have) that this God is a pussy, a pushover. If that’s the case then why not kick their house down and take their crown? You would then be the boss over God. Surely that’s better than being one with God if God is so gentle and kind all the time. That voice is a barrier to being a child of God that we all face. The only real answer to it is that if you heed it then you don’t get to be a child of God. As we will see with the resurrection that also means that you stay dead.

The second thing you could be pondering is “what good was the crucifixion?” The key to understanding it correctly is realizing that we are also challenged to undergo it. That doesn’t mean that we should engage in ritualistic replications of the crucifixion as is done in the Philippines. It means that in our love for the world we are supposed to give our lives even to the point of death. 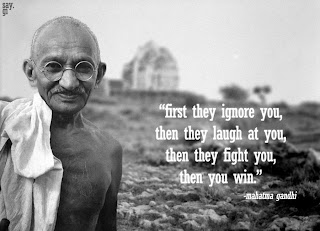 One thing we know from history is that while many people make great impacts with their lives, unjust powers are only ever overturned when people take exactly the stance of Jesus. Only when people peacefully refuse death’s power over them, do systems which perpetuate themselves by threatening death lose their power. Until that point those systems co-opt their oppositions and survive any number of reviews of their power intact. Equally those systems can absorb violent opposition easily. Countering violence with violence is the first business of any power. Speaking truth and performing love without fear of death is however something they can’t stand for long against. That’s the power of the cross.

We have records of the ministry of Jesus which indicate that he pointedly chose the cross over other tactics. He has a conversation with the devil in the desert that is exactly that decision making. There were certainly other movements in Jesus time with their own solutions to oppression – the accommodating Sadduchees, the purity based Pharisees, the isolationist Essenes and the violent Zealots. There are so many ways we can try to enact Gods will in the world. Some of them are sensible, self-preserving methods which levy a little cream for ourselves while we’re at it. Some of them indulge our hate of our oppressors. They are not the fulfillment of God’s incarnation, in Jesus or in us. The cross is. 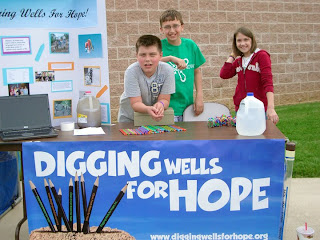 The resurrection is the recognition and the reminder that the rewards of the cross are astounding. Bah, astounding is just the tip of it.  Words struggle to explain this but artists, parents, activists all get it anyway. If you only live life for yourself you are dead. Real life, a life so dazzlingly invigorating it can only be described as eternal is to be found in losing your life for others. That’s the resurrected life. Am I telling you anything new? Haven’t you found this to be true? Put all your luxuries against a genuine self-less love in your life and ask yourself which you cherish more.
If you have never supped at all from this kind of stream of life then you might be thinking there’s not much of a pay off here at all. Where is the chocolate, the comfy chair, the oral sex, all the actual rewards defined by being the very opposite of the cross and the sacrifice and the hard work for others? That’s not how it works. The resurrection is not divisible from the crucifixion. There is no way to God but through the cross.

It’s very clear that we don’t get to just jump straight to “the good bits” of resurrection as if they could have a definition separate from living for others. In any pursuit of pleasure for pleasure’s sake our pleasure ends up tasting like cardboard anyway. That’s also what happens when we pursue some sort of resurrection for resurrection’s sake. This is why it would be wrong to characterize Christianity as some sort of easy ride; just as wrong as a stoic view of Christianity that misses the joy all together.

In the incarnation we are told that from our humanity we can be one with God. We are told to rise above the law and the power of death.

In the life of Jesus and his crucifixion we are shown that this God is a God of service not being served. Only through sacrifice for others and love can we go “above the law” (not through superpowers and sociopathy).  That is what kind of God we can be one with.

In the resurrection we are taught/reminded that this is our path to life eternal. This is something that exceeds even human solidarity. Whatever our divinity costs us is nothing compared to this reward. Words fail to describe it except perhaps when we name this resurrection alone as living and everything else as death.

That’s anything but safe or negative and you can’t experience it second hand.
Posted by Tony at 4:17 AM