I planned to write about the Catholic church’s attempts in America to oppose women’s access to contraception. To understand that this is what they are doing requires an understanding of the U.S. Health care system. Basically Australian women access contraception directly through their doctors so the Catholic Church can’t restrict contraception here except through disinformation or working to ban it. In the U.S. Health care is often dependant on your employer and prohibitive outside of employer sponsored insurance programs. This puts employers, including the Catholic church, in an awkward chain of responsibility for womens’ access to contraception.
I realised however that if I cram an explanation of the U.S. health care system into a post that is already about Catholicism, contraception, feminism and rights theory it may never end. On the basis of good advice to make my posts about fewer points (thanks Mum) I’m going to write just about the U.S. health care system. I can then use this post to refer back to when I write on the issue of contraception in the U.S.

I wont go too much into the gross inneficiency of the U.S. system. You can find much of that information here. My intent is to illustrate as comprehensively as possible how the U.S. works and is being reformed.
In writing this I found the way the U.S. does health care to be fascinating. I feel much more up to speed on the whole “Obama-care is tyranny” claims of American politics too.  So you may enjoy this piece on its own merits.
_______________________________________________________
Don’t get sick in the U.S.A. is one of the best pieces of travel advice you can ever receive, up there with not toasting the English Queen in a Dublin Pub. Compared to Australia the United States has a fend for yourself health care policy. There is no regulation or restriction on what is charged for health care. Consequently residents of the U.S. spend more per capita on healthcare than any country in the world, and half of all personal bankruptcies in the U.S. are attributed to medical costs. 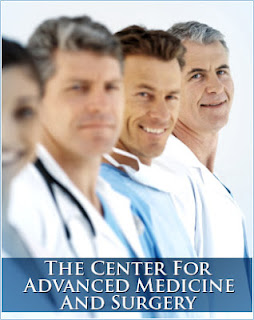 The vast majority of resident Americans fend for their health through private health insurance. 27.8% of U.S. residents howerver are covered public insurance schemes including Medicaid or Medicare and similar smaller programs. Medicaid is a means tested government health insurance for people in poverty. Eligibility for Medicaid is also restricted to citizens who are pregnant, disabled, children and/or parents of eligible children.  Medicare is a national insurance program for citizens over 65 and people with permanent disabilities, paid for by Social Security payments. The Military is also a major provider of public insurance to those serving and their families. Lastly the 2009 Census listed 16.7% of U.S. residents as uninsured. These people effectively rely on Red Cross free clinics and other charities or bankrupt themselves.
Only 9% of U.S. residents obtain private insurance directly. 60% purchase it through an employer. Bulk purchasing of insurance by large employers enables reduced premiums in three ways; improved purchasing power, economies of scale in health provision, and a shared risk between healthy and unwell policy holders. (Yes, everything a public system gets you and less.) But the greatest incentive for employer provided health insurance is that health insurance costs are not treated as taxable income (since 1954) and so employers can offer a higher take home pay by bundling health insurance with wages. Employer contributions are also exempt from salary taxes. In 2008 over 95% of employers in the U.S. with more than fifty employees offered health insurance.
The tax-free status for health insurance costs for employers and employees only applies if a health insurance policy complies with the Section 125 of the I.R.S. code. This provides the Federal Government with a powerful policy lever to affect most U.S. residents’ health care. However this is not the only impact the Federal Government has on health care. Effective from 2014 two federal laws passed in 2010 will make significant changes to U.S. Health care policy. These changes are called the 2010 Federal Health Care Reform package or, colloquially by Tea Party advocates, ObamaCare. Their most significant effects are;
·         Expanding eligibility for Medicaid to 133% of the poverty line (where applicants meet the other criteria mentioned above as well).
·         Subsidizing insurance premiums for all people making up to 400% of the poverty line.
·         Penalties for employers with over 50 employees who don’t offer health insurance.
·         Prohibiting denial of claims or denial of insurance based on pre-existing conditions.
·         Prohibiting annual coverage caps.
·         Requiring the uninsured to buy government health insurance (unless eligible for Medicaid and Medicare)
·         Requiring insurers to spend a minimum of 80% of premiums on either health care or quality improvement.
Surprisingly these changes are estimated to reduce the public cost of health care in the U.S., according to the Congressional Budget Office by $138 Billion over 10 years. This is partly due to the inefficiency that comes with delivering health care to people in emergency situations, which is more prevalent when people are uninsured. In 2008 an estimated $43 Billion was spent on unreimbursed emergency services for the uninsured. More substantially the savings come from correcting overpayments for providing Medicare from the government to private insurers. Under a faulty contract made during the previous Bush administration $177 Billion would have been lost over ten years in payments for nothing. Basically it’s on the back of this correction that a reduction in overall health spending via the reform package is being claimed.
None of these changes however address the most critical issue of the U.S.A.s health system, namely the high cost of treatment however it is paid for.  A study of the five top selling pharmaceutical products in the Maryland District showed that uninsured U.S. consumers paid almost twice as much as their counterparts in Mexico or Canada for the same product. This was higher still for less commonly sold drugs. This is under a pricing policy which charges the uninsured more for outpatient medications due to their far lower purchasing power. In both Mexico and Canada prices are regulated to prevent such discrimination. Studies have also shown that even insured U.S. citizens are paying on average 78% more than Canadians for their medication. (Prescription Drug Pricing in the 7th Congressional District of Maryland. An International Price Comparison. 1999)
To address this issue the conversation has to shift to price capping or even more radically the public provision of health care not just public purchase of it at market prices. Imagine the reaction to those proposals if the Obama administration is already being labelled both socialist and national socialist for their changes so far. Indeed the U.S. is weathering a political storm of their modern Tea Party who are particularly incensed by the penalties for the uninsured to take out insurance. Reading through the rhetoric it seems that debates over health care in the U.S. occur in an abstract universe of high principles and dichotomous thinking; it’s either the Wild West or Stalinist Russia. Only an ideologue would keep things going as they are yet in 2008 45% of U.S. residents surveyed by the Harvard School of Public Health thought the U.S.A. had the world’s best health care system. That’s a lot of ideologues. 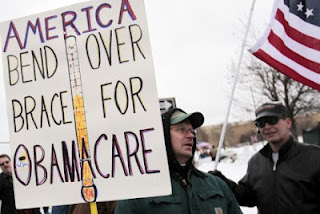 Australians can be smug if we want that we have been far more successful in keeping health care costs under control. Our Public Pharmaceutical Benefit Scheme subsidises medications chosen according to their proven efficacy in relation to their price. That price is determined by negotiation at a national level. Effectively the government purchases medications wholesale. However we shouldn’t deny our inability to rein in dental costs through a public system. Further asking the U.S. government to show some spine to their pharmaceutical industry by reining in prices is a much bigger deal than us taxing the super profits our unwilling large mining companies. So smug may not be appropriate.
Posted by Tony at 4:42 PM