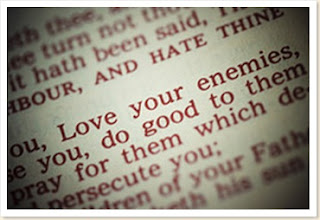 As if to chastise me for my chutzpah in writing a cocky little manifesto for the 99% movement (last post) I read the following;
(Note: Just so that the lefties don’t stop reading at the first paragraph what Tolstoy means by “collective effort” is more like submission to a group program for change not just any form of co-operation.)
“This is why freedom from the servitude in which we find ourselves at present is impossible for those who seek it in collective effort. It can only be obtained by the substitution of the law of love for the law of violence, that fundamental principle of Christianity*.
“This doctrine says to each isolated individual: You cannot know the end of social life; you can only envisage it as a form of progressive approach towards universal happiness, towards the realization of the Kingdom of God on earth. On the other hand, you are aware of the aim of personal life: it is the development in each of the greatest amount of love, in order that the kingdom of God may be established. This aim is certain and is easy to approach.
“You can be ignorant of the best methods for attaining this external goal; you can meet obstacles in the way of its realization; but nothing can stop you drawing nearer to inner perfection: the increase of love in yourself and towards others.
“So it is enough to institute in the place of this illusory social goal, this individual aim of life, the only sure and accessible one; and the chains you thought were fastening you forever will drop immediately and you will feel yourself absolutely free...
“The Christian can ignore the laws established by the State because he has no need for them for himself, or for others; he considers that human life is better assured by the law of love he professes than by the law of violence imposed on him...
Can it be put any better? The writer is Tolstoy in The Law of Love and Law of Violence (p70-71). He is quoting his own earlier work. The abridgements in the above are his.
Tolstoy is saying that real change – the only meaningful change at all- doesn’t come with a clearly mapped world order (communism or capitalism). Instead the only meaningful and achievable change comes from personal commitment to the rule of universal love as professed by Jesus.
Amazingly there would be some people who might consider this a conservative position. The program of Jesus and the idea of love has become so diluted in our world that we are able to conceive issuing it from a gun or via carpet bombing. We profess to follow universal love in the police force and the army despite making oaths to follow orders first. We confess to follow universal love while not sharing our wealth - living like gluttons while others starve. We confess to follow it while buying the products of modern slavery, while profiting from that slavery with what we save at the counter or even what we make on the sharemarket. We confess to following it while protecting our luxurious standard of living over the environment. We confess it and nothing changes.
Or as Tolstoy points out ;
...as soon as it (the Law of Love) ceases to be an immovable law, its beneficence disappears and the doctrine of love is reduced to fruitless teaching, not modifying in any way the mode of life that is founded on violence. By contrast, the true Christian doctrine, making of the law of love a rule permitting no exceptions, in this way rules out the possibility of any violence, and cannot in consequence help but condemn all regimes which are founded on it.
It is exactly this significance of Christianity that was hidden from men by false Christianity, because the latter acknowledges love not as a supreme law, but, in the manner of all previous religions, only as one of the rules of conduct, to be usefully observed only when circumstances do not prevent it.
Tolstoy is amazing because he somehow reads Love like a child. I don’t know by what grace he manages it. If it truly is a Christian grace it is so sadly lacking in the historical practice of Christianity that it makes it all the more remarkable.
The entire book is downloadable for free from http://www.archive.org/details/lawofloveandthel001362mbp  Honestly I could just quote the whole thing. And at only a hundred pages there’s no reason to be intimidated by Tolstoy’s name. Please, please give it a go. I’ll be reviewing it more thoroughly when I’ve gotten over how great it is.
My particular reason for posting this immediately is Tolstoys essential message to the 99% movement and the Occupy Melbourne protestors and me;
Men, whether they submit or refuse to submit to governmental authority, never know and can never know what form this future state will take.
Don’t worry about not having a mapped out set of solutions. Love one another. Love even your enemies. Do unto others as you would have them do unto you.
Now that’s a manifesto.

*I realise some people who know me may be astonished by how "Goddy" this piece is. I don't believe in the metaphysical claims of Christianity. However I will learn as much as I can from any Christian, Buddhist, Atheist, Jew, Hindu etc who is out-loving me. Absolutely. Using their language is a sign of respect to ones teacher. In Tolstoys case that respect is well earned.
Posted by Tony at 5:23 PM