We all operate with certain tropes guiding us. By trope I mean a rhetorical device or cliché that we assume to be in operation in stories we encounter. Imagine a scary movie in which a young man decides to take a short cut that passes through a restricted area. A friend of mine’s short film brilliantly used this beginning to create dread. In any horror movie we know the young man has determined his fate the moment he takes the short cut. In a horror movie, you should always go the long way.
For some people such a distrust of short cuts is something for the off screen world as well. For them it may be a basic truism that well beaten paths are well beaten for some reason; people generally make sensible choices. Another truism may be that we often think we are original when we aren’t. Combine these and you have the belief that any short cut you imagine you discover has probably become the non-standard path via a process of people choosing not to use it for good reason. Such truisms are the building blocks of tropes we assume to be in place; take the short cut and expect the negative consequences.
In philosophical arguments we are often chastised for holding to truisms and tropes by other people who hold to different ones. That’s understandable. Our tropes close our minds to other arguments. They really are prejudices. They pre-judge story endings basically. Likewise we have little time for the tropes of other people that we don’t share. We rarely investigate and attack specific tropes though. Instead we just call each other close minded and accuse each other of having forgone conclusions. Perhaps because we are barely conscious of our own prejudices we insist on a position of complete open mindedness in others.
Truisms and tropes are increasingly helpful.

I don’t think it’s ideal however to operate without tropes. Honestly life is full of some pretty obvious clichés; The magic wristband that will prevent cancer, the mining magnate who only has the best interest of the nation at heart, the faith healer who needs you to make a faith commitment (by cheque or credit card). Why wouldn’t you want to avoid trusting some of these? We don’t need to do that by investigating the facts of each individual case. We can do that much faster by establishing truisms that build up tropes. We can presume to know how the story would end if we were to sign over our savings to the faith healer for example. 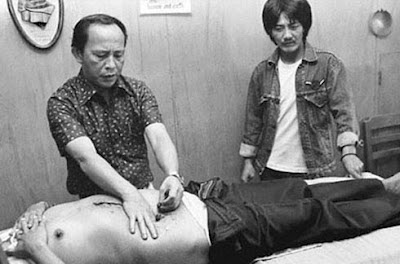 As a final example of a trope consider the current fascination for positive thinking. Our belief that a negative attitude will lead to bad outcomes can be heavily influenced by psychological wish fulfillment. People with negative attitudes annoy us and distress us and as an inducement to be positive (and please us) we want other people to suffer for their negativity. Further we put effort into being positive and pleasing which we want to be rewarded for. However when it comes to things like whether your car breaks down pessimism can have no effect. In fact if optimism about outcomes led you to delay a car service then a positive attitude hasn’t helped at all.
On the other hand it is a truism that people are willing to give more aid to a cause they think is already likely to succeed. This truism is borne out by observations of panhandlers. The "better" dressed who describe themselves as just needing help in this moment earn much more than those who appear chronically poor. Positive thinking therefore can encourage ourselves and any other people whom we convince to give more attention and effort to a problem we have. That attention and effort helps us. This supports the trope that winners are grinners with observations from reality.
There is an important difference between the two ways of using tropes just mentioned. If our trope that winners are grinners is based on psychological wish fulfillment then we have no direction when to apply it. No particular truisms have to be in place. We will even blame whatever negativity we failed to excise from our hearts for a broken down car. On the other hand if we based our trope on what we think “is” instead of what we think “should be” then we are able to amend it with additional truisms and even discard it all together if it ceases to be useful.
Posted by Tony at 1:05 AM