Nobody believes in Reality. 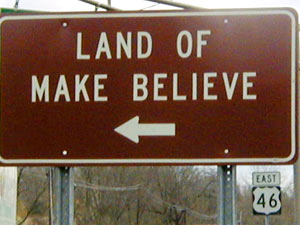 By “nobody believes in reality” I don’t mean that there is a reality which nobody’s beliefs match. I am not saying, “Reality is such and such but all anyone has ever believed amounts to less than that”.

That would be a peculiar statement to make because frankly how would I know? How do I know that reality is “really” such and such if all I know is different?

I would seem to be contradicting myself. I would be claiming that our ideas of reality are at least partially incorrect. But the claim I am making is also an idea of reality so it too could be incorrect. Where is the assumption of correctness that makes any statement meaningful? If I truly believed what I’m saying here, on what basis am I saying it?

On the other hand “all claims about reality are at least partially incorrect” may only sound meaningless or contradictory. Isn’t it possible, without knowing the correct answer, to still know that everyone has got reality wrong? A philosopher called Michael Polanyi would say yes.

Polanyi’s ideas are worth grappling with. A person of a difficult-to-classify spirituality, he left a promising career in the hard sciences to take up sociology and philosophy. There he made significant reforms to the philosophy of science. We owe neuropsychology to his work.  (Note: The neuropsychologist I live with thinks this attribution is grossly overstated. She may have a case.)

Polanyi would remind us that we know a whole lot more than we can articulate. Ask many musicians to tell you what they know about playing their instrument and you will get a stilted and basic summary. Then ask them to play some music and their knowledge far exceeds what they told you.

Polanyi believed that in the same way we can recognize a kind of harmony that comes from truth, or disharmony from falsehood, despite not being able to articulate that harmony. Polanyi attributed this to a submerged consciousness – not entirely subconscious or conscious. This is the internalizing of perception in the same way a musician ceases to think about where their fingers ought to be and just plays.

To Polanyi there’s subsequently nothing illogical if we all said that none of us have reality figured out. It’s as ordinary as me not knowing what to wear to the party but still knowing that my pajamas are wrong. I can even be confident that I will “know it when I see it” as I search the thrift shops for what to wear. I may not even be able to describe the problem but I can still recognize quality in different solutions.

Even though “All claims about reality are at least partially incorrect” could be a valid statement when I say that “nobody believes in reality” that’s not what I mean at all. I am actually reminding myself of the ideas of another philosopher, Ludwig Wittgenstein. Wittgenstein came up with some ideas that massively strengthened science, such as falsifiability. Equally he laid the groundwork for ideas that have challenged the supremacy of scientific thinking through concepts like the paradigm.

Wittgenstein saw our systems of thought as languages. He argued that we could avoid many philosophical problems by remembering that logic is fundamentally grammatical rather than a series of necessitating truths.

Wittgenstein particularly liked to hone in on the meaning of verbs in philosophical statements to try and restore their practical nature. Wittgenstein would look at a statement like “nobody believes in reality” and he would pick up on how “believe in” is supposed to work for us. Wittgenstein would encourage us to see that phrase as referring to a process with a function in our lives. We “believe in” ideas in order to make connections between objects, to make predictions, essentially to picture our world.

Once we restore a practical and functional meaning to verbs in statements, we realize that they can only apply to particular objects. I can kick a ball but I can’t kick hope. Likewise I can believe in physics or my mother’s love but how can I believe in reality? Reality does not help picture my world – it is the picture. We believe in ideas about reality but reality itself is what we believe under or inside of. Hence Wittgenstein would say that to believe in reality is nonsensical. This is what I mean when I say “nobody believes in reality.”

Wittgenstein didn’t think that nonsense is necessarily bad and I agree with him. Nonsense merely creates messes when we forget its contravention of grammar and try and use it alongside other sensible speech. Those messes waste philosophers’ time because we get fooled into thinking there is a real problem to contend with.

The benefit of nonsense is that it can break out of our grammatical worlds – our paradigms – and in doing so draw some attention to the grammar it is breaking. Wittgenstein once said “a serious and good philosophical work could be written consisting entirely of jokes”. To use it like that, however, we need to not drag nonsense statements back into logical debates as if they could still be useful there. We need to think of them like prayers or poetry, as in;

Psalm: Nobody believes in reality.

You might be wondering what practical purpose these ideas serve. I would hope that you can use Wittgenstein’s ideas to avoid traps that other people lay for you when they claim to especially believe in reality. Every time someone says for you to face reality or they accuse you of denying reality they are really trying to make an argument based around an explicit “belief in” reality they hold. If you forget that believing in reality is nonsensical you could end up defending the indefensible – that reality is something you believe is false. That’s going to get you in all sorts of discursive trouble.

It’s far better to realize that the conversation has lost its way. Maybe what the person means by believing in reality is that they intend their beliefs to be about reality. But that’s something we all do. There's nothing special there at all. The only real disagreement over reality that might be occurring is not that one person believes in it and the other doesn’t. It is instead a disagreement over what constitutes reality.

Once we have fixed the grammar of the discussion, Michael Polanyi is worth revisiting for what he had to say about the content of reality. Polanyi recognized that a dominant explanation of reality was reductionism in which everything is “really” its smallest components. According to a reductionist way of thinking emotions are really only chemical reactions which are really only atoms behaving in certain ways and so on.

Polanyi recognized that reductionism creates a world in which there are no people and certainly nothing like the complex phenomenon of morality left in the real. Polanyi saw that the implied hierarchy of reductionism defined what had the most value to humanity as less real than the least important phenomenon.

He also knew from his own lab work that practicing scientists only gave reductionism lip service because complex ideas were too fundamental to their work. For example every bodily organ makes more sense by looking at its function than merely its component parts.

Instead Polanyi argued for multiple levels of reality, ie. the chemical reactions that correspond to emotions are real but so too are the emotions themselves. In fact Polanyi stated that the more complex a phenomenon the more reality it described. On a basic level of dumb matter reality only operates according to cause and effect. A concept like betrayal however embodies ideas like duty and deceit which tell us more about reality than mere cause and effect can. If you don’t believe me imagine explaining a partner’s infidelity in terms of cause and effect and see how satisfying an explanation it is.

Polanyi’s insights are useful when people want to claim that myths and legends are not “real” history. There is nothing wrong with distinguishing atomic history from cellular history as the two will be quite different. Nor is there anything wrong with distinguishing a physical history from a mythic version of events. However the physical is not more real, with all the status that confers, than the mythological. Polanyi, who was not a creationist, stated that;

The Book of Genisis… remains a more intelligent account of the nature and origin of the universe than the representations of the world as a chance collection of atoms. For the biblical cosmology continues to express – however inadequately – the significance of the fact that the world exists and that man has emerged from it, while the scientific picture denies any meaning to the world, and indeed ignores all our most vital experience of this world. (Personal Knowledge p 284-285)

To me the book of Genisis is a brilliant piece of mythology that describes much more than us moderns can probably ever read from it. I’d also say its not describing physical reality. I’d encourage people to read it with an eye on how humans are both different to animals and the same – a common concern of ancient myth.

I have relied on a tiny knowledge of Wittgenstein and Polanyi to write this post. Please don’t let me be too instructive in your opinion of their philosophies. Instead I hope it encourages you to look at their work yourself. I have been glad to have discovered them. I feel that harmonic quality of being closer to understanding reality because of their ideas.

Lastly I really hope the density of ideas in this post has made it fun rather than un-fun for you. I think when we make reality a topic of discourse we ought to enjoy ourselves. We’re punching so far above our weight as short lived animals to even contemplate all this. Why not allow the rush of ideas to make us a little giddy?