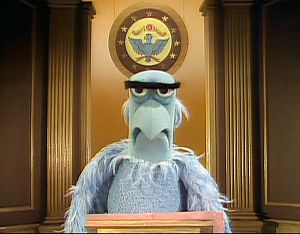 Several days work researching and writing recently vanished with the collapse of my laptop. I’ve had some data recovered but there’s still a big loss. As a consequence I’m going to pause before returning to the topic I had almost completed on Roman Catholic attitudes to sex and contraception.
Quite frankly I also need a break from it. Whilst the highest Catholic authorities use a fairly cool language to describe the issues there are a lot of hotter heads amongst academics at Catholic institutions and writing for Catholic journals. Some of their comments are basically cruel and manipulative rhetoric. I’m more than a little sick of digesting it.
On a positive note I am now typing on a brand new computer! Closer to the point of this blog my discussions with people about contraception and general sexual ethics have raised a fascinating question;
What is Moralising?
When I think of moralising I think of a negative term meaning to go on excessively or inappropriately about morality. I don’t so much mean a certain type of discussing morality that is negative however, as I mean morality itself as seen from an angle that reveals its insufficiency – it’s inherent tendency to excessiveness and inappropriateness.
Moralising is therefore a trigger word for me that recalls a range of alternative ammoral perspectives which are pragmatic, non-dualistic and sensualist. The Book of Chung Tzu is a stand out example.
The Standard English Desk Dictionary of 1975 (in two volumes of actual paper on my shelf) defines Moralise as to indulge in moral reflection or to interpret morally. There’s no clear negative quality given to it at all. This surprised me although its also reflected most other dictionaries I perused.
Those dictionaries that did include a negative weight to the word moralising seem to be aimed at  non-english speakers. It’s as if they are trying to bring people who may not be aware of a cultural phenomenon up to speed. That cultural phenomenon is a broad disdain for moralising which isn’t hard to discover.
Ask almost anyone who doesn’t have a dictionary in their hand and they’ll have a negative pejorative association with moralising. Just as I do. What’s really interesting however is how diverse those negatives are. Mine emphasises a lack of pragmatics – the unhelpfulness of morality. My partner’s idea of what moralising means emphasised the inflexibility, the black and white vision, the lack of context that morality can sometimes have. For others it has been the weight of imposition and imbalanced power behind it.
Yet another theme is that morality can have sinister motives, either to herd us in ways that serve powerful interests or for an individual moraliser to make their wrong actions seem right. Moralising is used to describe the conduct of these insincere endeavours. That’s quite similar to how the word rationalising (which merely means to find reason for) is often colloquially understood as to manufacture excuses for bad behaviour. "Rationalising" is done by companies that chop down rainforests and "moralising" is done by Preachers who want brow-beaten flocks.
Equally fascinating about all these concerns is they come from outside the game so to speak. Let me explain what I mean by that.

I don’t really believe there’s a pax rationality that can solve these kinds of contradictions. I think language is supposed to be useful, and even normative, more than it is supposed to be consistent. And it’s massively worthwhile to limit morality to those matters which are of concern, as well as to point out when morality is being used to control us for hidden interests or when it reflects gross power imbalances. However we should be cautious using “moralising” in a pejorative fashion as our sole argument for anything. It’s worth recognising we aren’t really coming from an amoral and unassailable position. We are just trying to make ourselves unassailable.
______________________________________________________________________________
Note: I was recently and deeply impressed by an article by Hugo Rifkind  which makes a similar point to this post. He writes about how sport claims to be above politics and how that is in itself a politic. It is a politic that allows dictatorships to use the neutrality of sport to soften their tyranny and murdering corporate sponsors to connect themselves with health and hard work;
“In theory it’s about putting sport first; rising above the petty wrangles of current affairs. But in reality, current affairs are the things that kick down your door and drag you off to a torture dungeon. Rising above them turns you into a whitewashing service for any global villain with a cheque.”;
Essentially no morality is a morality.
Posted by Tony at 3:26 AM